Understanding how your behaviour affects others. 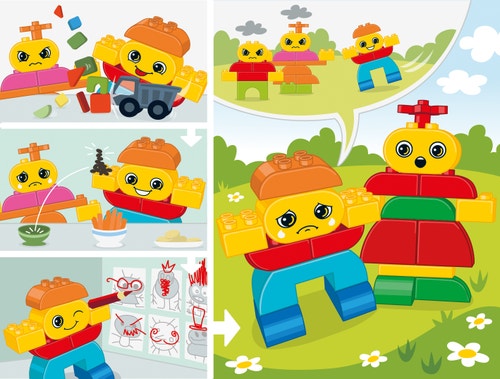 Tell the children that you will be reading them a story about a character named 'Maddox'.

Explain that in the story, Maddox behaves in ways that make the other children want to avoid him or stay away from him. 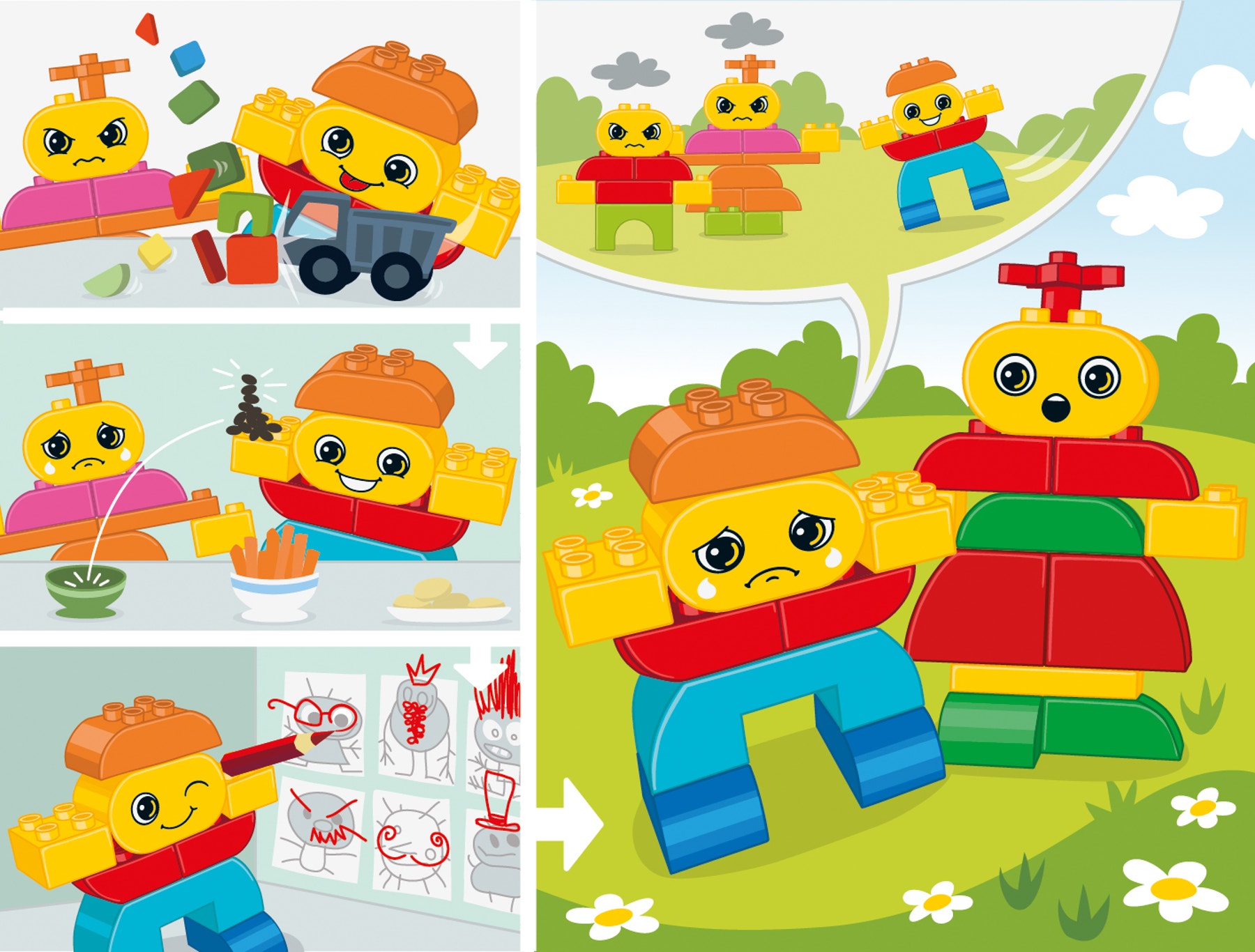 One day at nursery, Maddox was on a rampage. During playtime, he loudly pushed a toy truck all around the room. He saw that some of the other children were building a tall tower with blocks.

Maddox rammed the truck into their tower and shouted, 'Crash! Bang! Boom!'

Maddox ignored her and cruised away with his toy truck.

During snack time, Maddox ran to the snack table, grabbed handfuls of raisins, and shoved them into his mouth. He did not leave any raisins for the other children.

Later in the day, when all of the other children were putting away their art supplies, Maddox did something very naughty. He took a red crayon and drew moustaches, beards and other things on some of the other children’s drawings. Then he stood and laughed at the silly-looking faces.

Jayden noticed what Maddox had done and yelled, 'Maddox! You've ruined my picture!'

At the end of the day, a group of children were playing tag on the playground. Maddox tried to join their game.

'Can’t catch me, turtle!' Maddox yelled at the boy who was 'it'. The boy ignored Maddox and then chased and tagged Jeesun.

'Try to catch me', Maddox said to Jeesun.

Maddox ran to Mrs. Muffin and complained, 'No one will play with me'

Consider asking the children questions like:
Would you want to play with Maddox? Why or why not?
What could Maddox do differently that might help him to find someone who will play with him?

Tell the children to work with a building buddy.
Show them the story illustration again.
Ask each pair of children to build Maddox or one of the other characters from the story.

Ask each pair of children to act out a scene from the story. Then ask each pair to act it out again, but this time ask them to change Maddox’s behaviour in a way that shows how a good friend would act.

Remind the children that the way in which they treat others affects how people feel about them.

Tell them that part of being a good friend is understanding how others feel.

Ask the children to work with a building buddy and to use one face brick and other bricks to build a model of a child.

Encourage them to think about body parts and other features (e.g. clothing, shoes, hat).

Show the story illustration or the building cards as examples.

Tell the children that they will use their models to play a game called 'Find a Friend'.

Read the 'Find a Friend' prompts and encourage the class to look at all of the models and choose the best one(s) that fit(s) each description.

Talk about why the children selected the models that they did for each prompt. Note: more than one model may fit each description.

Observing the following skills can help you to monitor whether the children are developing socially and emotionally.

The children will:
Begin to understand how their actions affect others.