Explore the scientific concepts of mass, friction and potential and kinetic energy. 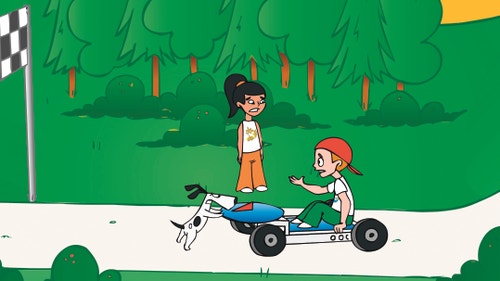 Jack and Jill are arguing as usual. They are making carts to see which one can roll the furthest down Launching Hill in their local Greenall Park.

Jill says that if she puts some extra weight on her cart, she will roll further because the cart is heavier. Jack thinks that because heavy loads are hard to move, he will go further. He prefers to go for bigger wheels, but Jill is not so sure this approach will help.

Which will roll further? Heavier or lighter carts, with bigger or smaller wheels? Let’s find out! 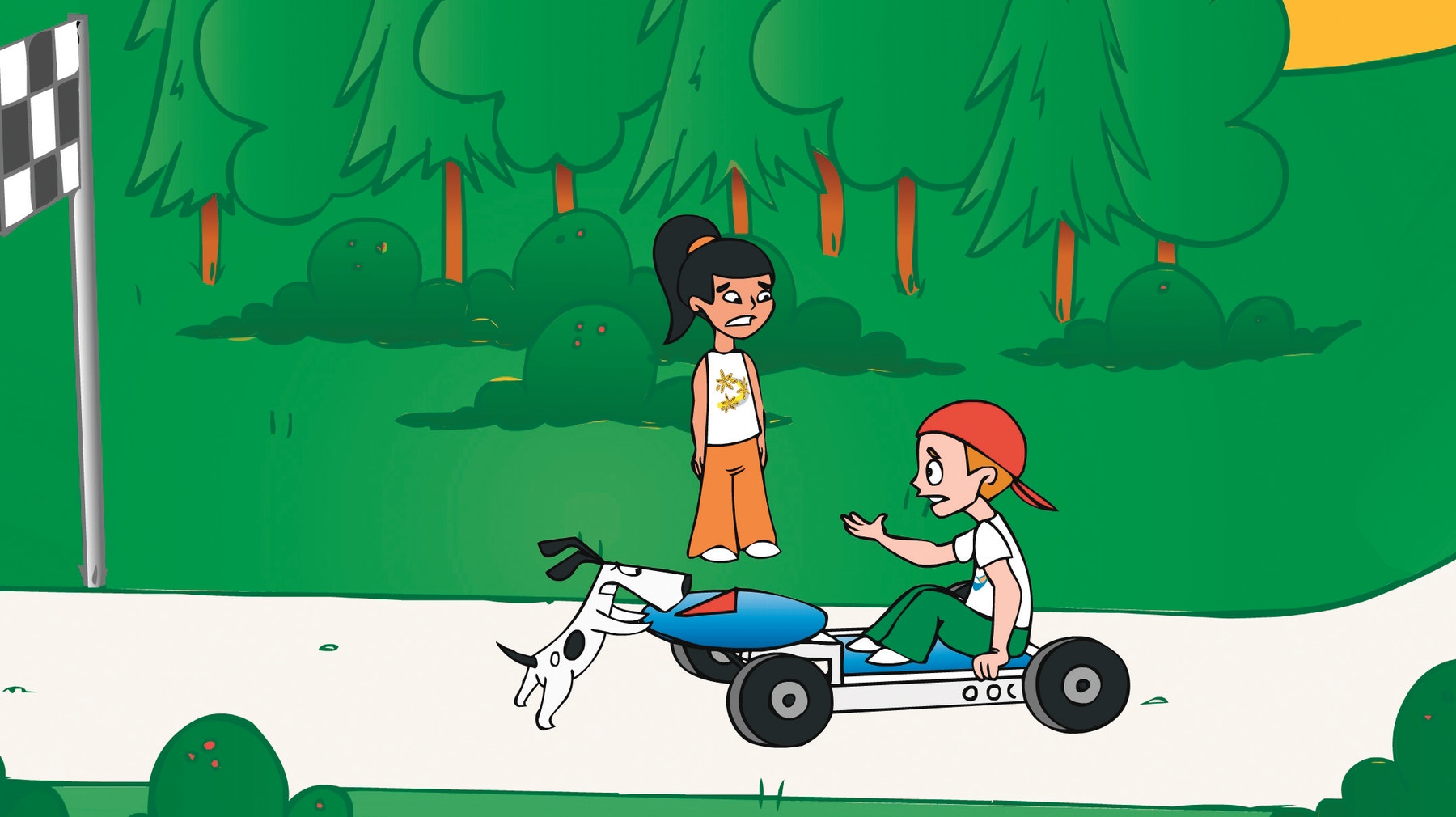 Make Launching Hill
Draw a start line, 1 metre from one end of the plank. Place a support so that the start line is 15 cm from the floor.

Why do we need a start line?
We need it because then all tests are fair; all carts roll down exactly the same ramp.

Tip:
If the thickness of the plank means that carts bump down from it onto
the floor, use a piece of card to make a smooth transition from plank to
floor. 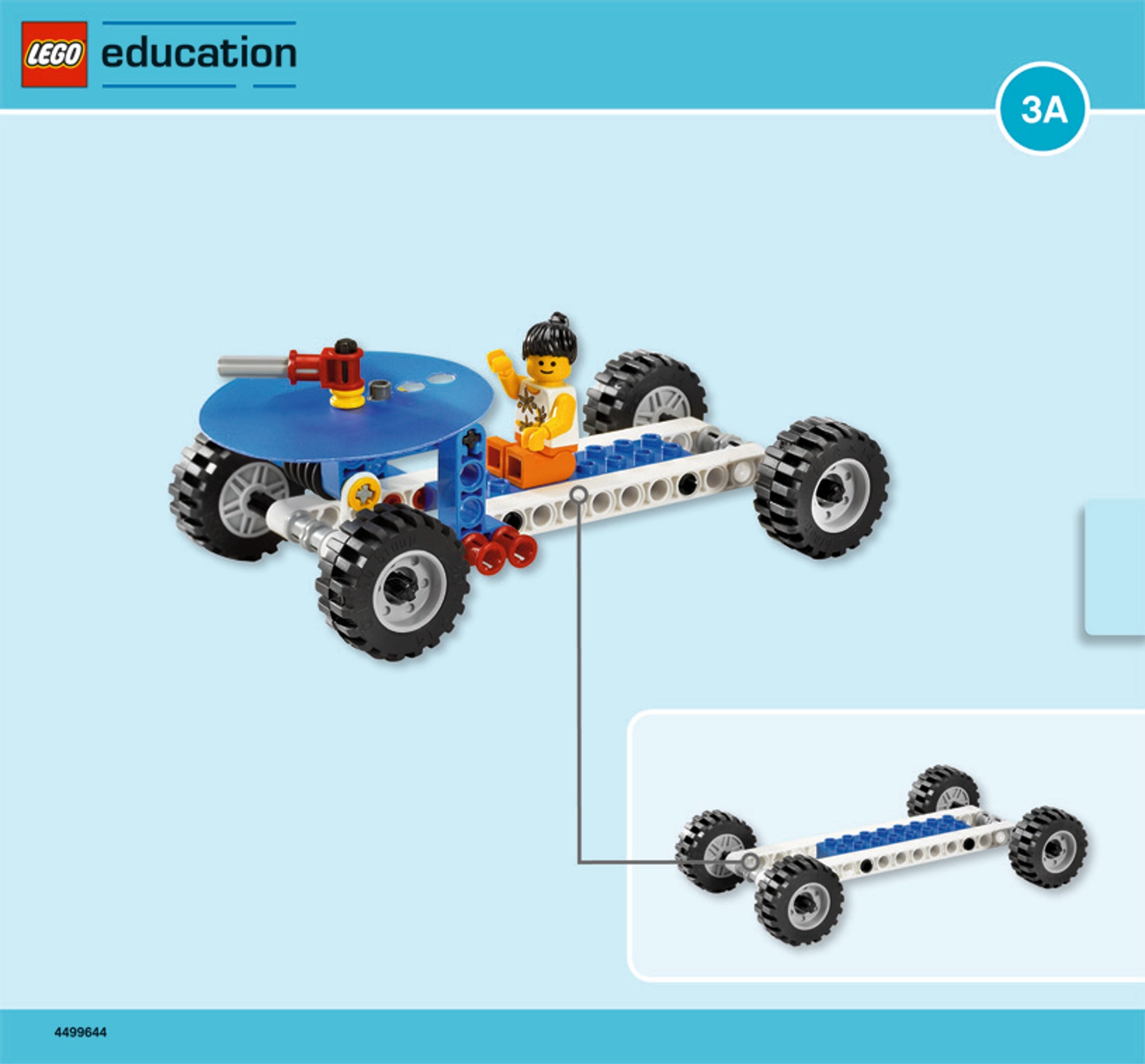 Test the freewheeler on the ramp. Is the model running smoothly? If not, check all axles and bushings to make sure the wheels are turning smoothly. Also check that all elements are firmly linked to one another 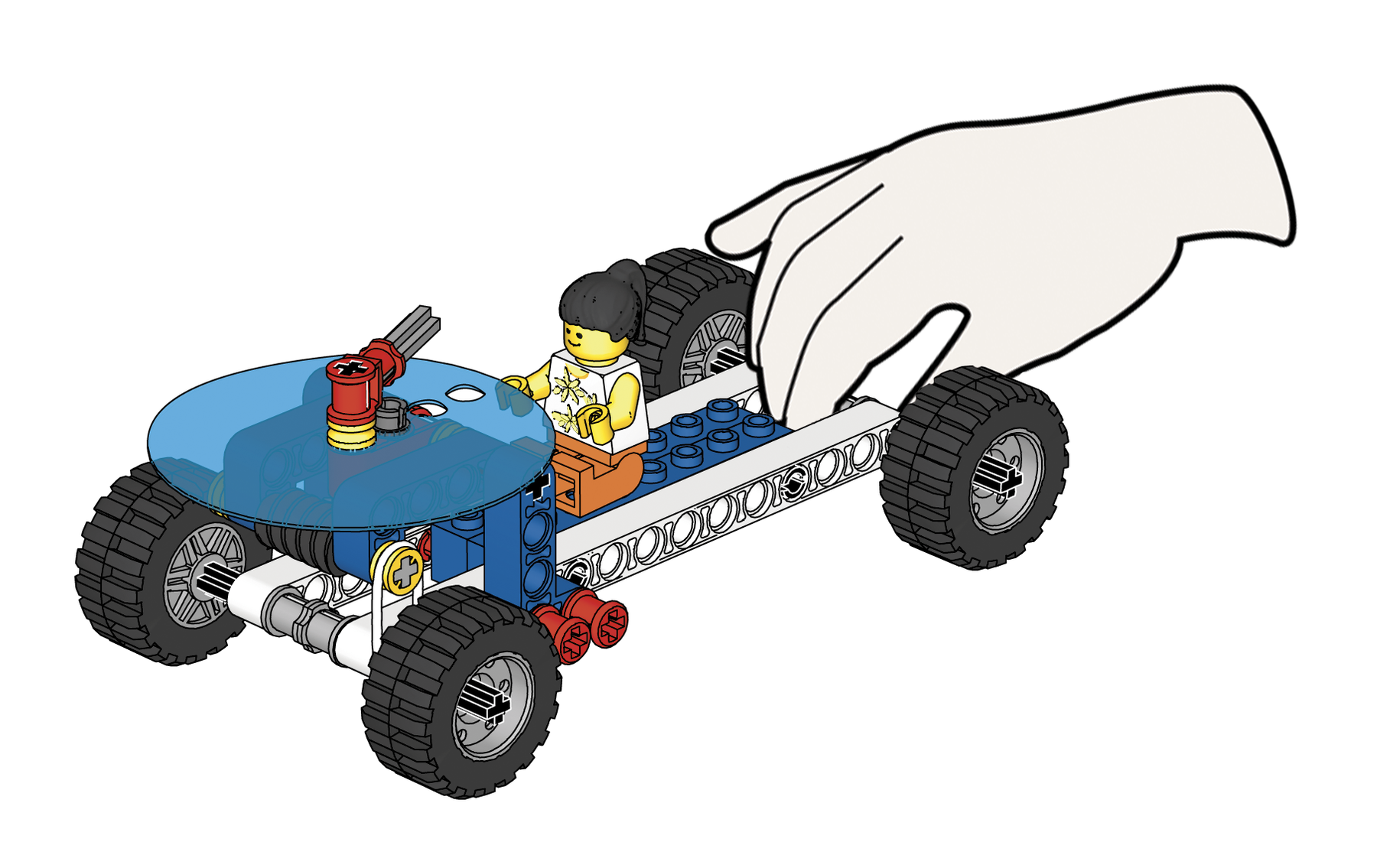 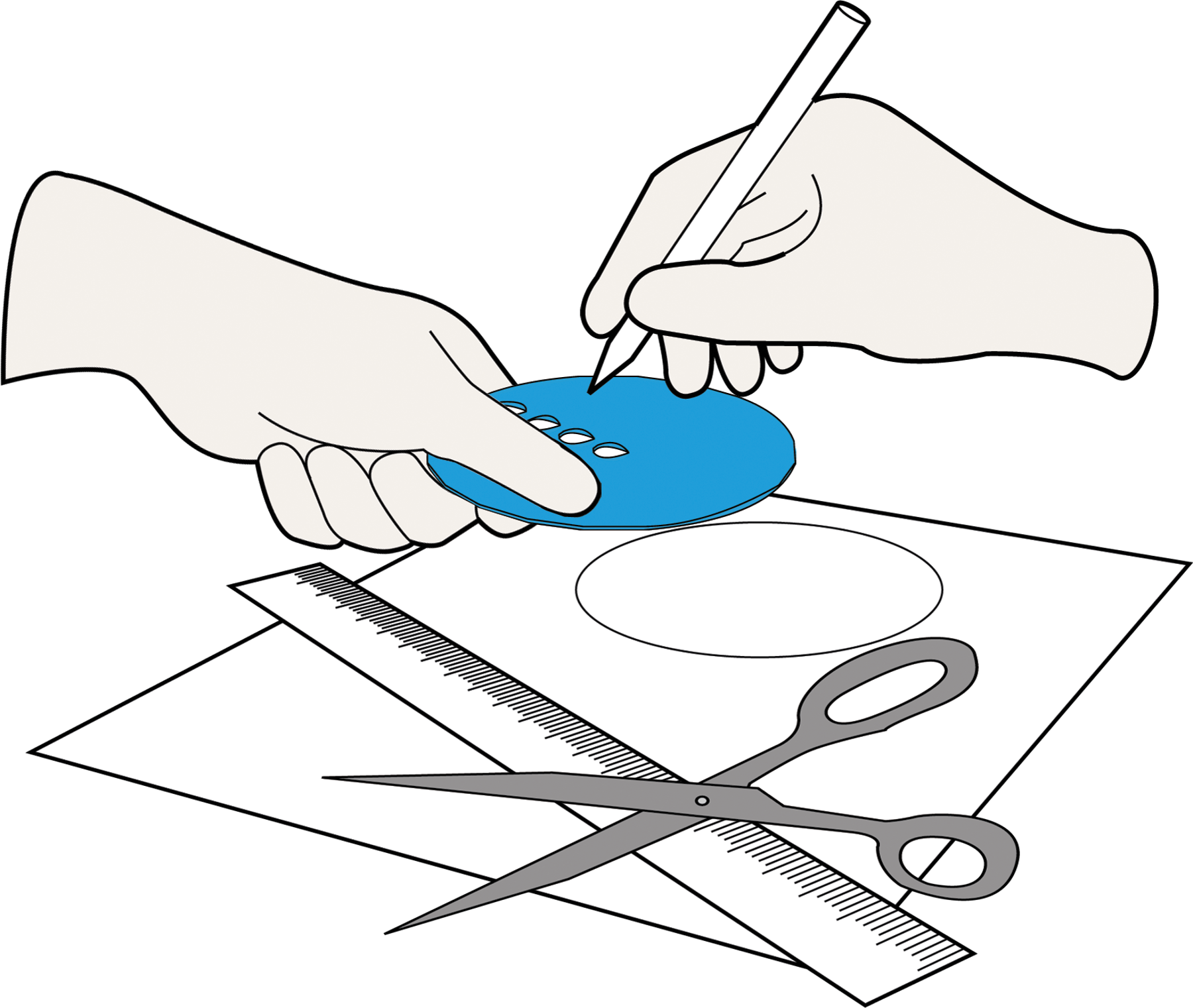 Measure how far the empty cart rolls. Measure with a metre rule and compare with the pointer and scale. Record the distance and use a
LEGO® brick as a marker of where it stopped. Test at least 3 times to be sure you have made a scientifically correct answer.

An unloaded cart should roll about 160 cm. This is more than once around the scale. The scale is accurate to within a few centimetres.

Trace the 1 m scale divisions on the plastic scale with an erasable whiteboard marker. Let the Freewheeler go down the ramp again and
see if it runs approximately 160 cm by looking at the scale and pointer (one full revolution of the disc and a little more than another half).
Carry out several tests. There is no need to use rulers or measuring
tapes – just use the readings on the scale disc.

Tip:
Don’t forget to reset the pointer prior to each test run! Note that the dial measures almost exactly 1m in one rotation. This means that the pointer is at zero when the cart hits the floor. 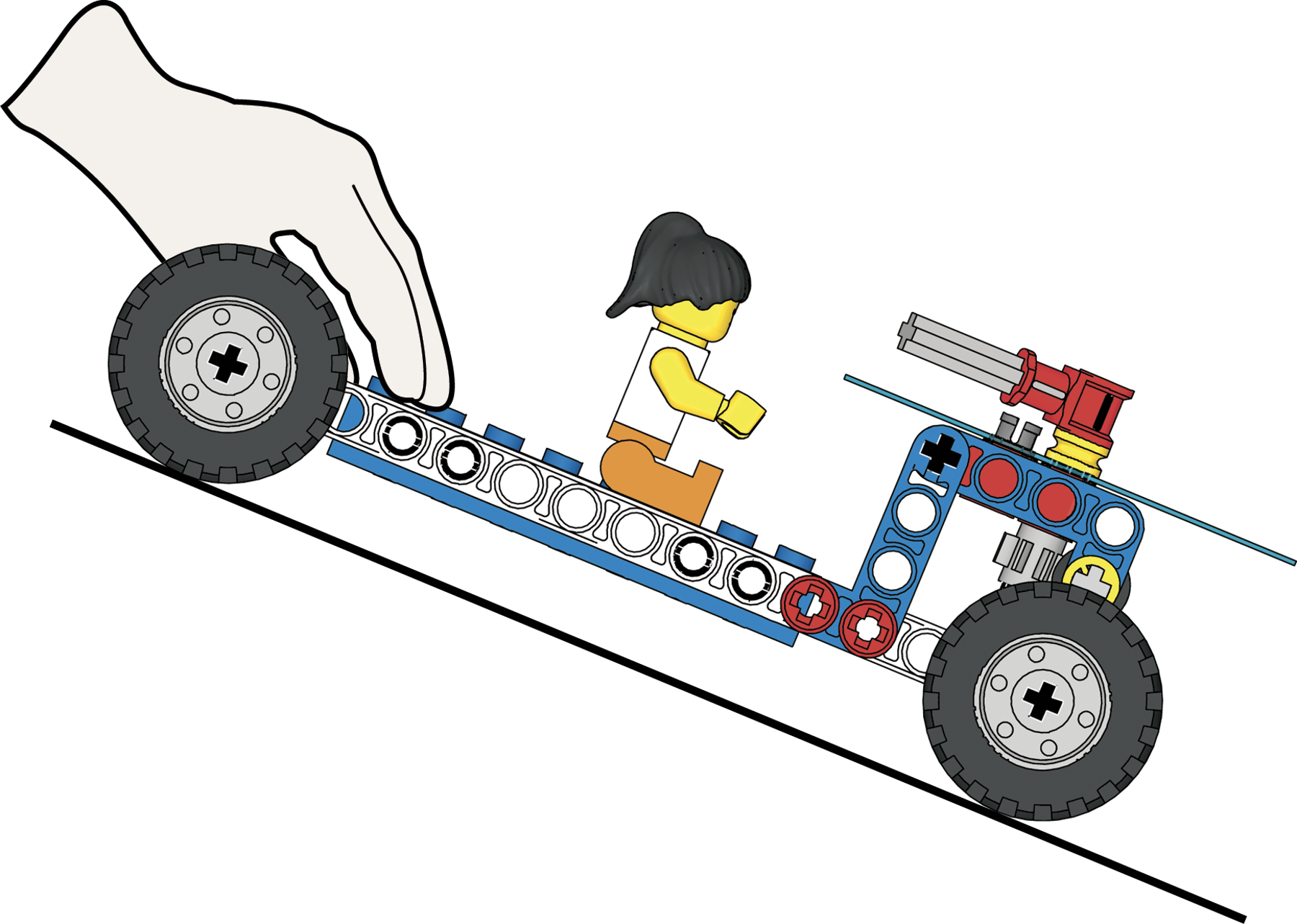 Add a weight brick to the cart (page 7, step 13). Predict how far it will roll this time by placing another marker brick along the track. Then test.

The cart will roll almost twice as far. The weight brick “falling” with the cart gives it nearly twice as much moving energy. However, note too that
extra weight creates extra friction or rubbing on the axles which slows down the cart.

What do you notice about the pointer?
The pointer goes around more than once. You will need to count how many times it goes round.

Test several times to make sure your findings are consistent.

Did you know?
The empty cart weighs about 58 g. And the weight brick weighs 53 g ... almost the same! 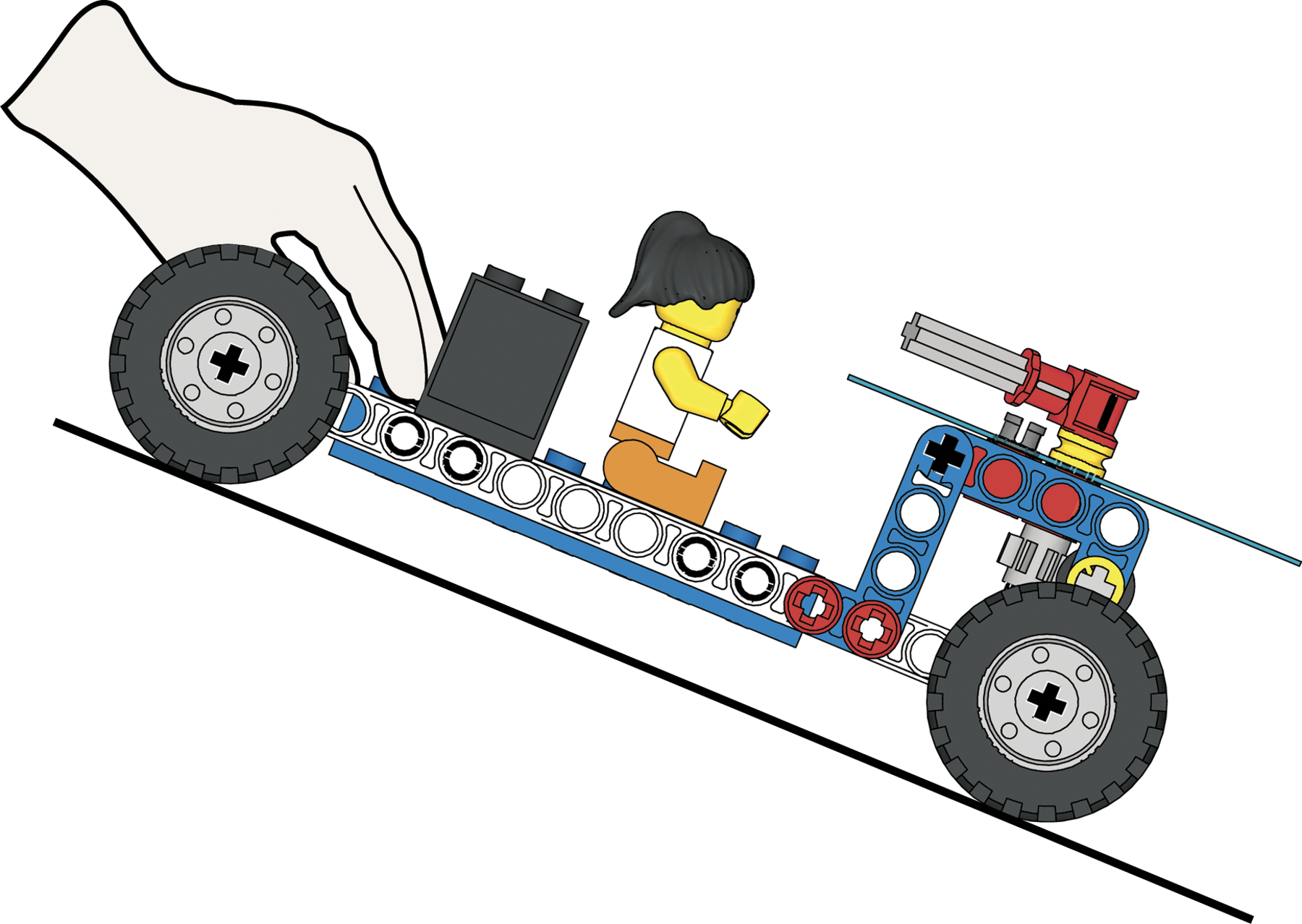 Jack’s Big Wheel Deal
Will big wheels help the cart to roll further than the smaller wheels? Fit them onto the rear axle and test on the ramp (page 7, step 14). 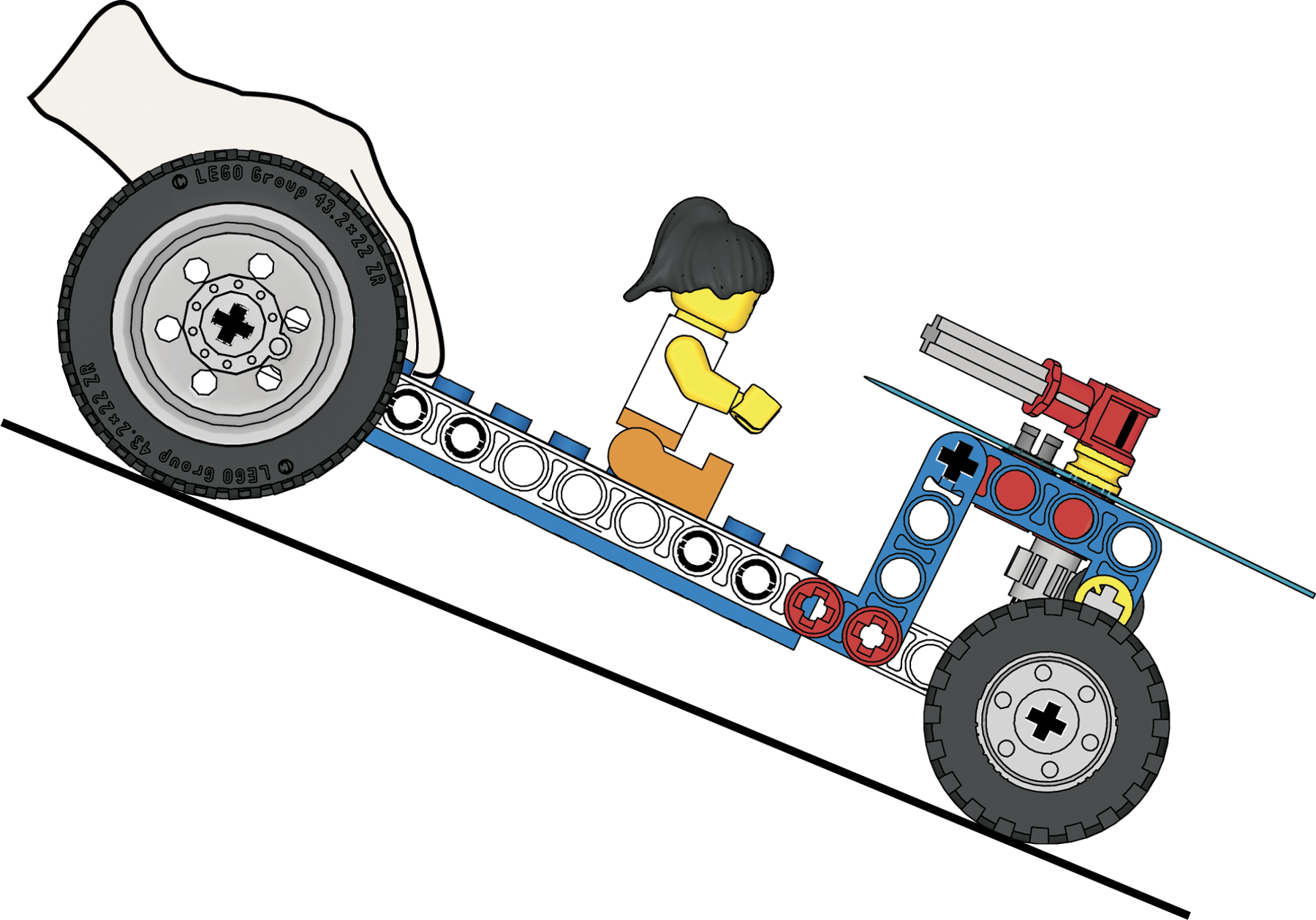 Did you know?
The big wheels weigh about 16 g and the small wheels about 8 g. 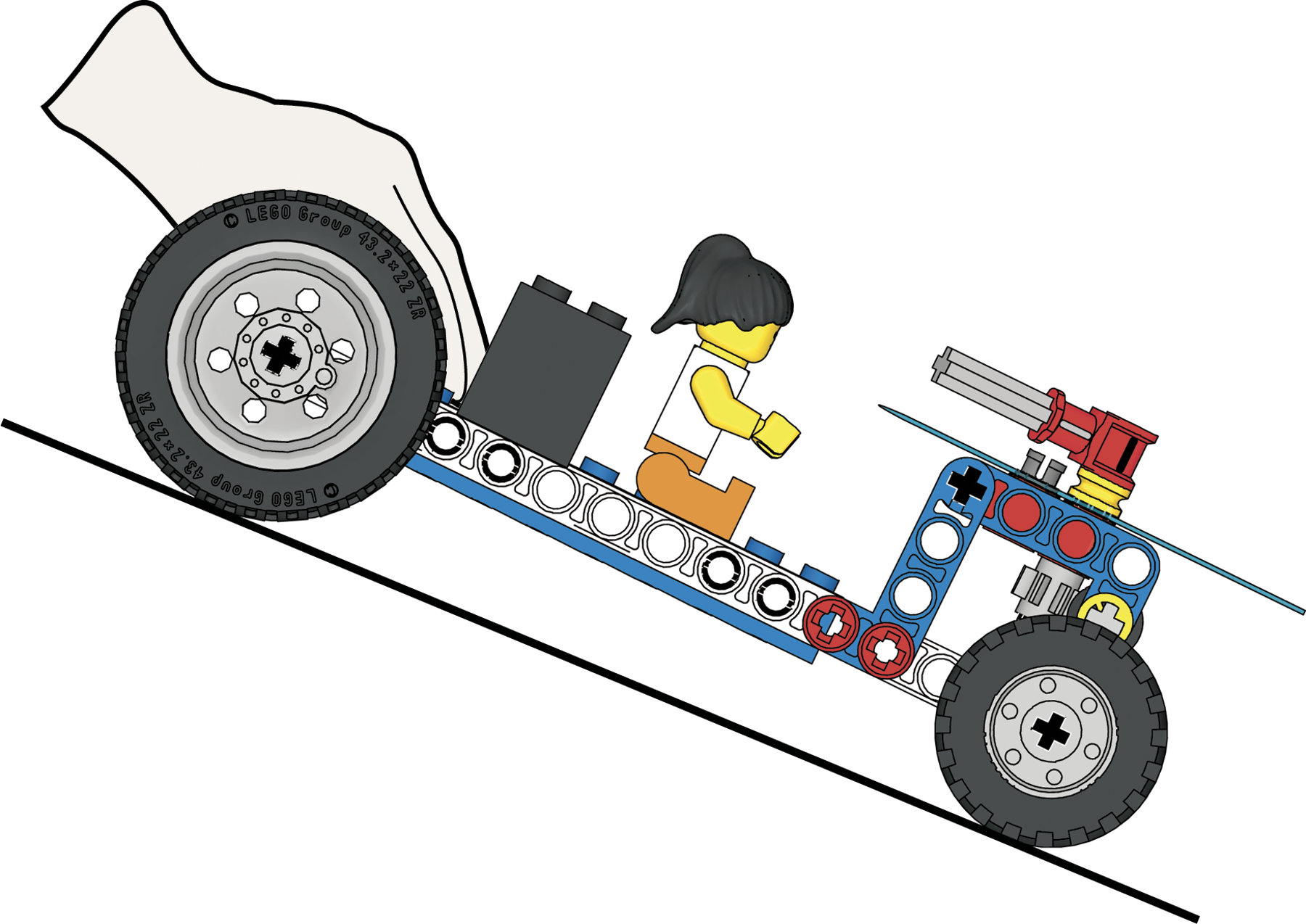 Super Scale
Build book 3B to page 12, step 12.
Replace the 8-tooth gear wheel with the 24 tooth gear. Predict and then test how far the cart will roll before the pointer completes one revolution.
It rolls 3 metres. The new gear wheel has 3 times as many teeth as the small one. The worm gear has to turn 3 times as often to get the 24-tooth gear wheel to turn once. Now you will need to calibrate the scale to measure distances accurately to 3 metres.

Super Slope
Predict first and then test what will happen if you double the height of the hill.
You double the potential energy, double the moving energy, but do not double the axle friction. 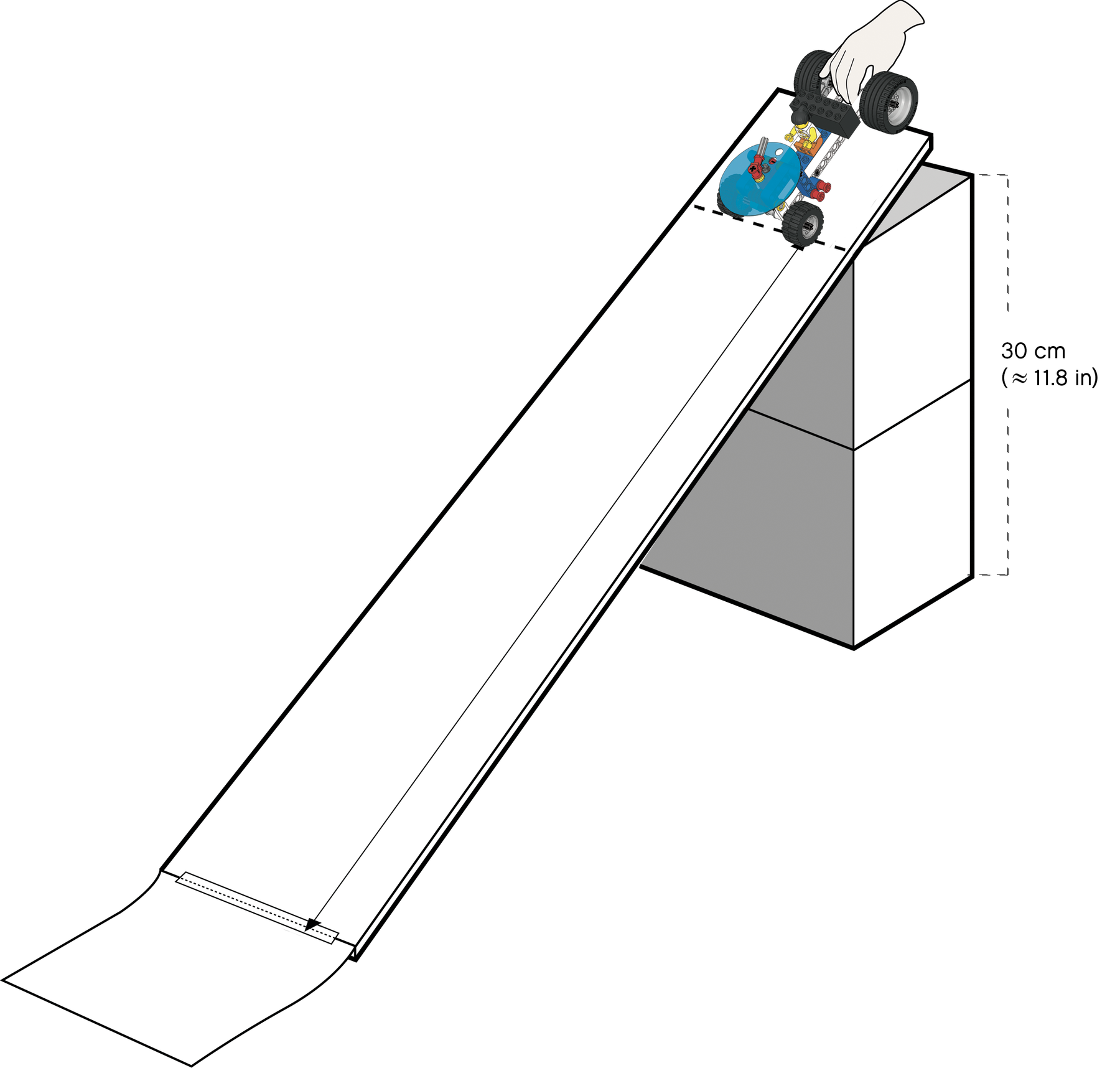 Students will explore the concepts of:

Design and technology curriculum:
• Investigating the effects of different wheel sizes and tyre material on vehicle
efficiency (working characteristics of materials)
• Wheels and axles to move loads
• Designing and making: a downhill runner vehicle that rolls as far as possible