Investigating what characteristics of a building would help to make it earthquake resistant, using an earthquake simulator constructed from LEGO® bricks. 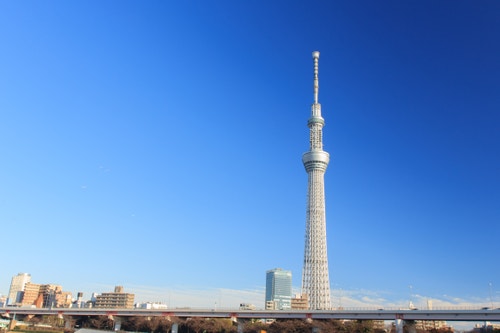 • Read about general preparation in the 'Classroom Management' chapter.
• Read about the project so you have a good idea of what to do.
• Define how you want to introduce this project: Use the video provided
for the project in the WeDo 2.0 Software, or use material of your own choice.
• Determine the end result of this project: the parameters to present and produce the document.
• Make sure that timing allows for expectations to be meet. 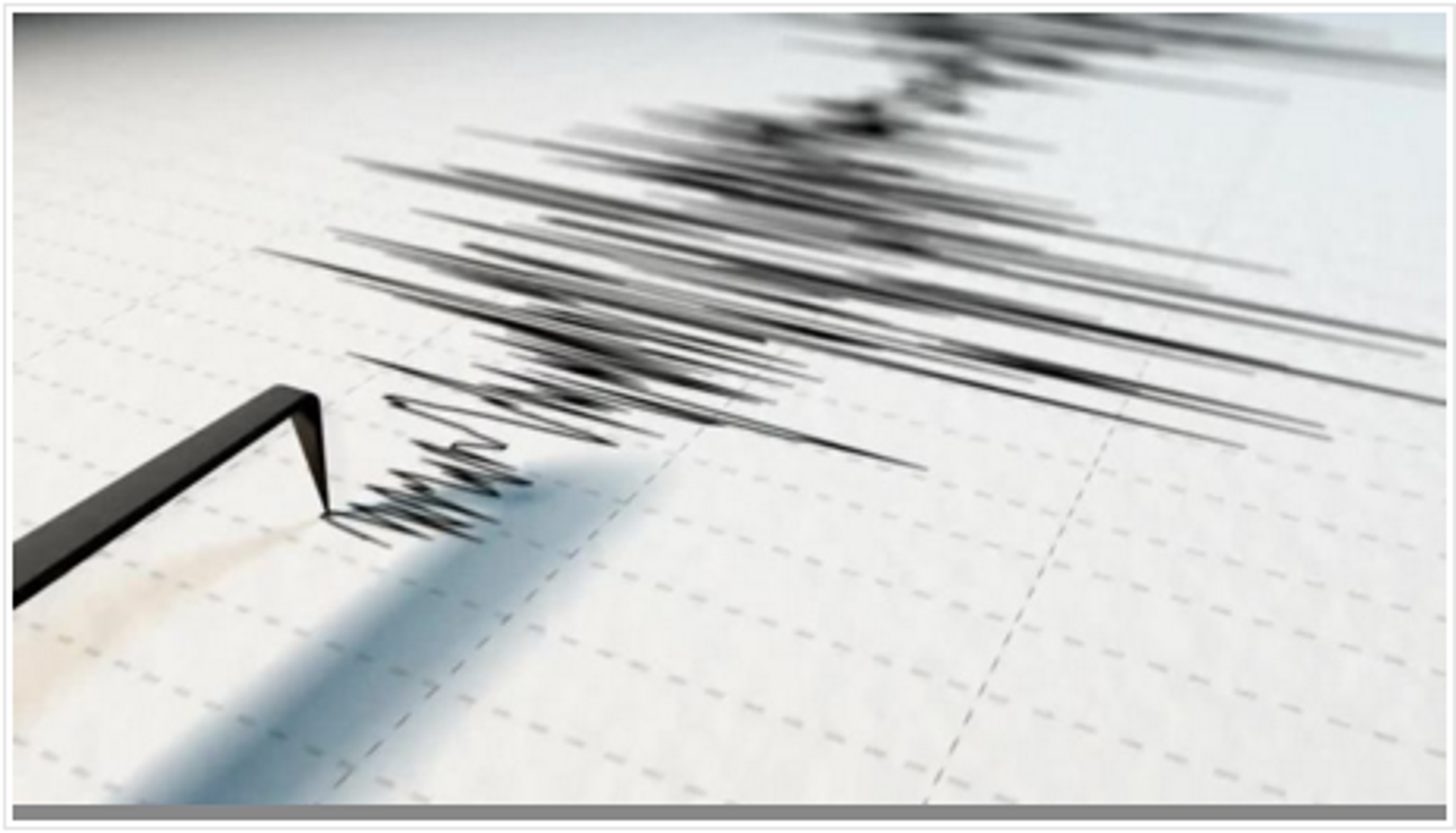 The introductory video may set the stage for the following ideas to be reviewed and discussed with pupils.

Introductory video
Here are some suggested talking points for the video: 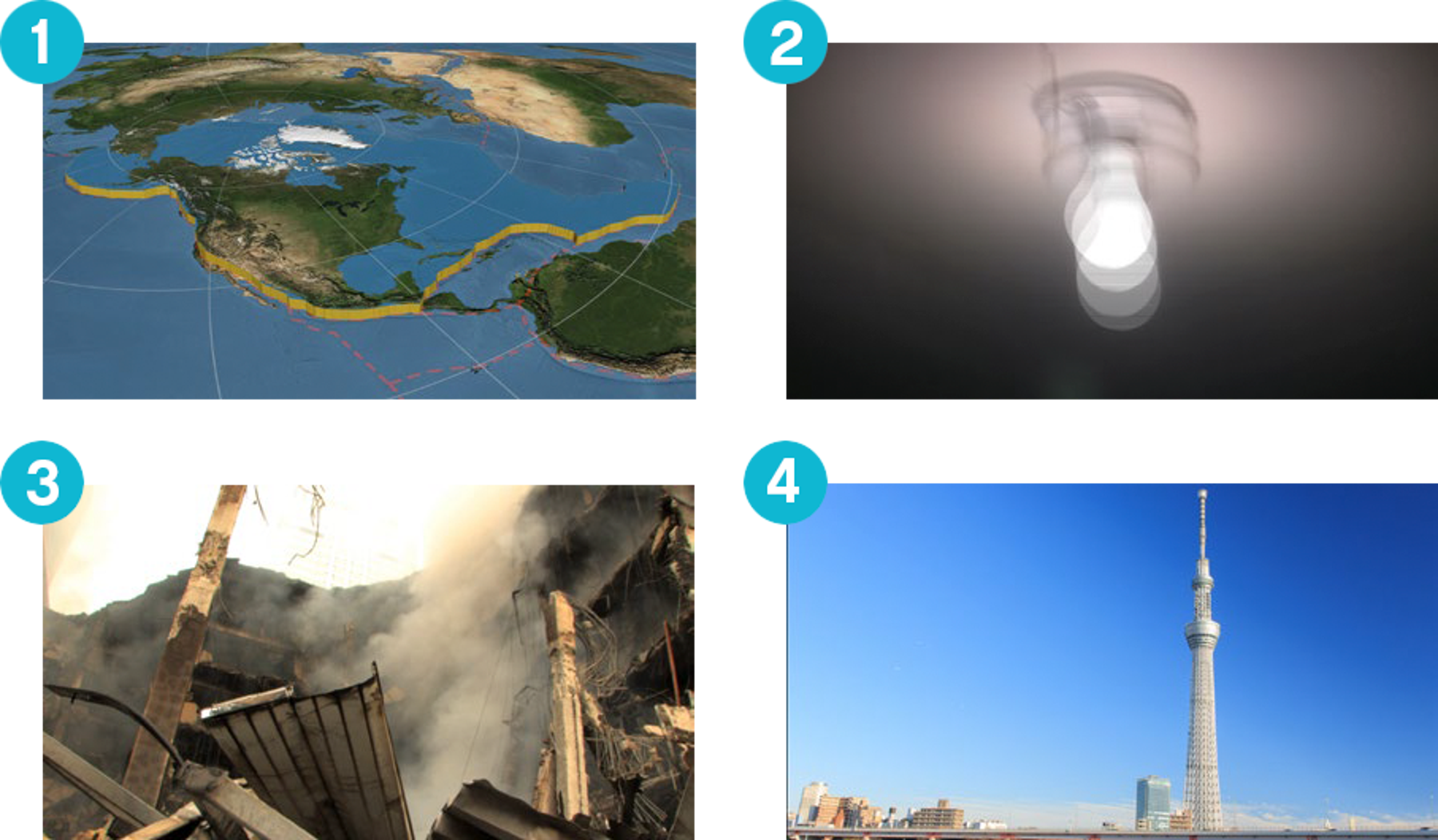 Questions for discussion
During the Explore phase, these questions are intended to elicit pupils’ initial ideas and/or summarise prior learning to evaluate the performance expectation for this project.

Ask the pupils to document their comprehension, and refer back to these questions again during and after the Create phase.

Ask your pupils to answer with text or pictures using the Documentation tool.

1. Build an earthquake simulator.
The shake model used in this project uses a piston to push and pull the test plate. The motor power level of the program determines the amplitude of the generated earthquake. 2. Program the simulator.
This program will start by displaying No. 0 on the screen. It will then repeat a series of actions, five times. It will add No. 1 to the display, representing the shake magnitude, turn the motor on to that magnitude for two seconds, and then wait for one second.

Important
With this program, if pupils want to test a stronger or weaker earthquake, they will need to change the number of loops. Allow them to use a program of their own. 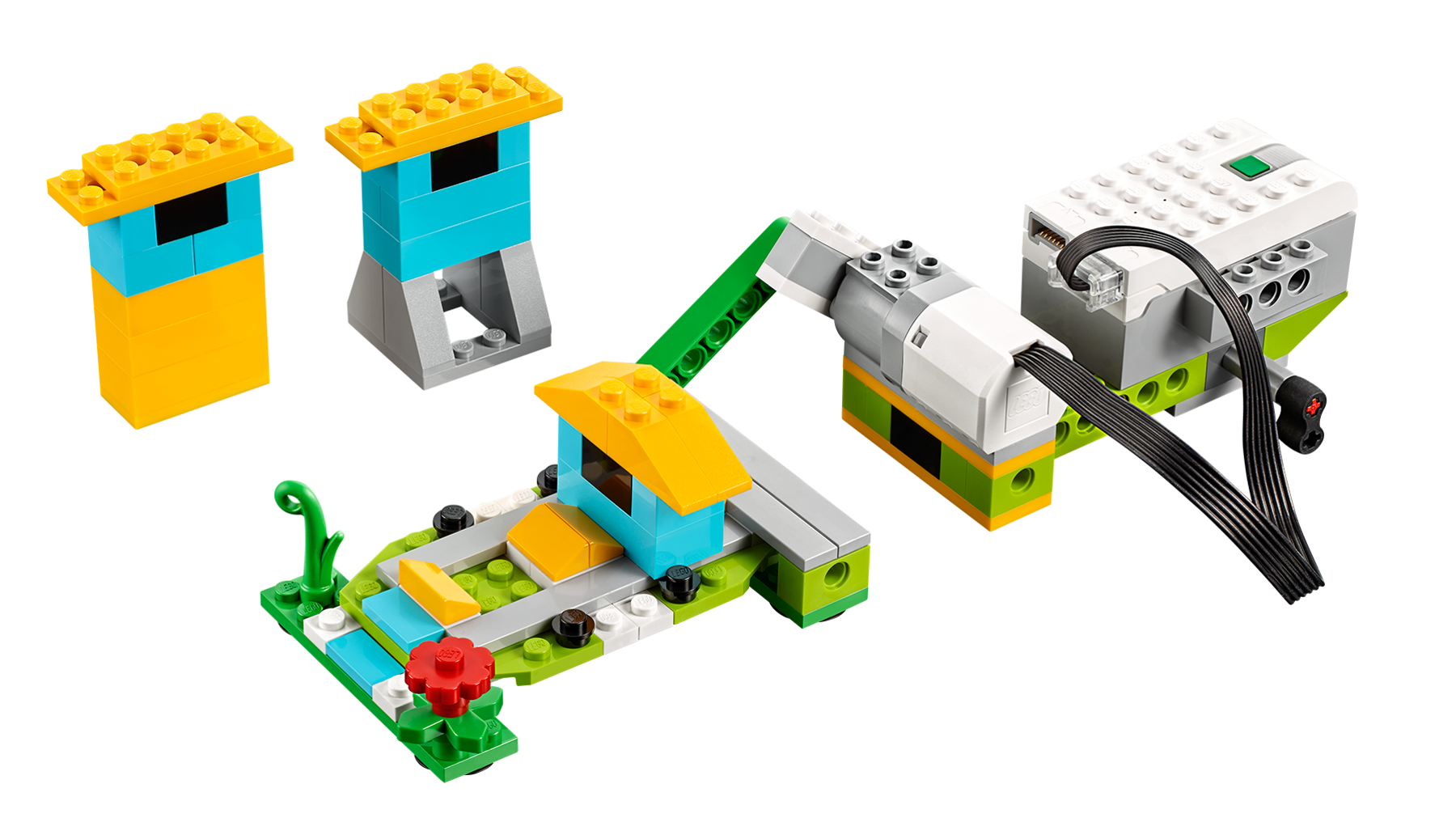 Investigate your building design
Now that pupils understand the way the earthquake simulator works, let them investigate different factors by isolating one variable at a time.

1. Change the height.
Pupils should use the short and the tall buildings, both with narrow bases
(buildings A and B).

With the tall building on the shaking base, pupils should find the minimum
magnitude that causes the structure to fall. Then, with that same program, they should test if the narrow or short building is more resistant.

Pupils should be able to discover that with the same base area, the short building is more resistant than the tall building.

Important
Because not all of the motors react exactly the same, it is possible that
magnitudes vary, giving different results for each team.

Pupils should be able to discover that with a larger base area, a tall building is more resistant.

Ask your pupils to explore other elements that affect the buildings’ resistance to vibration.

1. Change the magnitude.
Ask the pupils to predict what would happen to buildings A, B, and C if
the magnitude of the earthquake was increased, for example, up to level 8.

Ask them to record their predictions and test each case.

2. Change buildings.
Applying the fact that a larger base will enable a building to withstand stronger vibrations, challenge your pupils to build the tallest possible, level-8 earthquake resistant, structure.

Complete the document
Ask the pupils to document their projects in different ways:
• Ask the pupils to take a video of each test they conduct in order to prove
their claims.
• Ask your pupils to compare these conclusions with real-life cases.

Suggestions
Pupils may collect data in a chart format or on a spreadsheet.
Pupils may also graph the results of their tests.

Present results
At the end of this project, pupils should present the results of their investigations.

To enhance your pupils’ presentation:
• Ask them to describe the factors that influence a building’s stability.
• Ask them to compare these thoughts with their findings.
• Ask them to put their explanations into context:
• Ask them to reflect on their conclusions.
• Discuss whether their results reflect reality.

To ensure success, consider giving more guidance on building and programming, such as:
• Explain how to conduct an investigation.
• Utilise evidence to construct explanations.
• Offer them additional experiences with isolated variables to test
hypotheses.

Also, be specific in establishing expectations for pupils to present and document their findings.

Suggestion
For more experienced pupils, allow extra time for building and programming so they can use their own inquiries to design their own investigations. Pupils could change parameters, such as the level of the earthquake simulator, the materials used to construct the buildings, or the surface on which they test their buildings.

Investigate more
Pupils will design the tallest building, resisting a grade 8 earthquake. They will apply what they have learned from the previous investigation.

Possible pupil misconceptions
Pupils may believe that earthquakes happen in random locations across the earth. Most of the world’s seismic activity is associated with tectonic plate boundaries. While shallow crevasses may form during an earthquake, due to landslides or ground failures, the ground does not “open up” along a fault line.

Pupils will:
Explore the origin and nature of earthquakes.
Create and program a device that will allow them to test building designs.
Document evidence and present their findings about which structure design(s) are best for withstanding earthquakes.