How do I connect the SPIKE Prime Hub for the first time?

The first time you connect your Hub to the SPIKE App, you'll have to install the latest operating system (OS). You'll automatically be prompted to begin the OS update. This initial update can only be done via a USB connection on a Windows or Mac device. Subsequent updates can be done via Bluetooth from any compatible device.

Can I update the Hub operating system (OS) via Bluetooth?

Generally, yes. But the very first time your Hub is connected to the SPIKE App, the OS must be updated via a USB connection on a Windows or Mac device. Subsequent updates can be done via Bluetooth from any compatible device.

To reset your Hub to factory settings, press the Hub Connection Icon on the Programming Canvas, press the More Button (···) in the Dashboard tab and select Reset Settings. Press OK to confirm the reset, or Cancel to keep the current settings. Be careful – resetting your Hub will delete all of your programs and you won’t be able to recover them!

Giving each Hub a unique name helps you differentiate between multiple Hubs (e.g. when using Bluetooth communication). When connecting to a Hub that hasn't yet been renamed, the SPIKE App will automatically ask you to rename it.

To manually rename your Hub, press the Hub Connection Icon on the Programming Canvas, press the More Button (···) in the Dashboard tab, and select Rename Hub. Enter the new name. Press OK to save your changes, or Cancel to keep the original name.

What type of USB power chargers do you recommend to use for charging the Hub?

What is the charging time for the Hub battery?

The charging time will depend on the type of USB charger that's being used.

How can I preserve my Hub's battery life?

What do the Hub's colour-coded error messages mean?

If you’re having issues starting or connecting your Hub, you might see the Centre Button light up with a colour-coded error message. Here's an overview of the error messages and how to fix them. 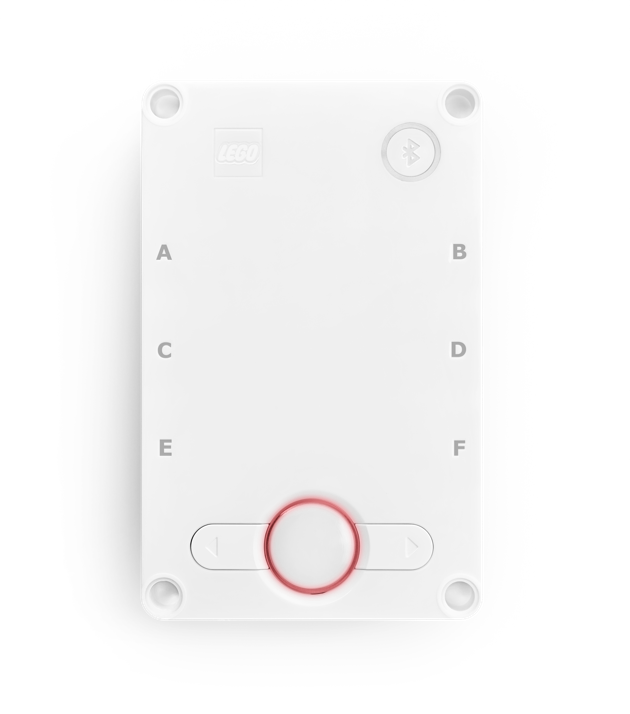 The Centre Button is flashing red

There was an error on your Hub or with the program it was trying to run. This can likely be solved by fixing errors in the program and running it again. In rare cases, you might have to restart the Hub by holding down the Centre Button for approximately 3 seconds. 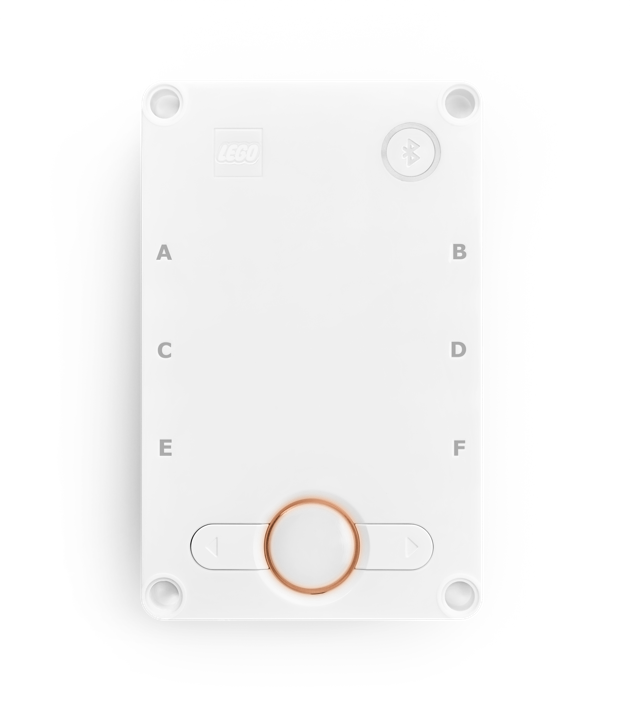 The Centre Button is flashing orange

Your Hub's battery is running low. Connect the Hub via the USB cable to begin charging the battery. 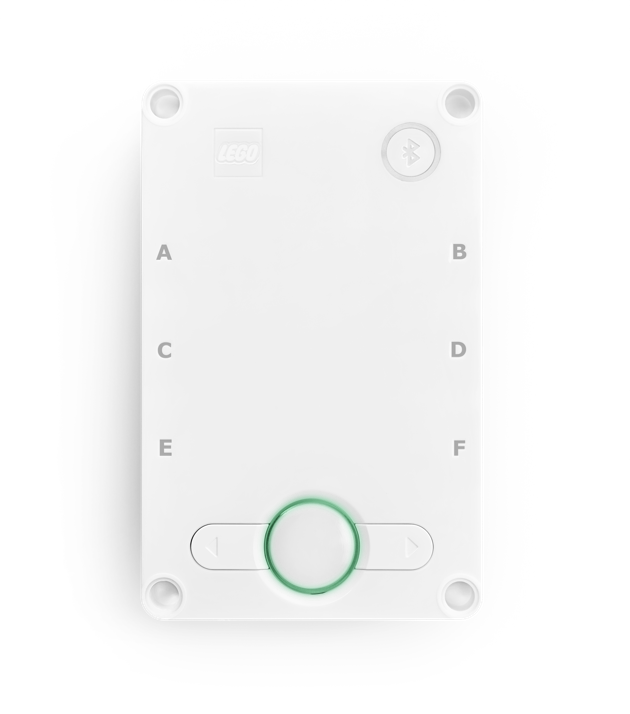 The Centre Button is green

Your Hub has stopped working – most likely due to a lost connection. Restart it by holding down the Centre Button for approximately 3 seconds. 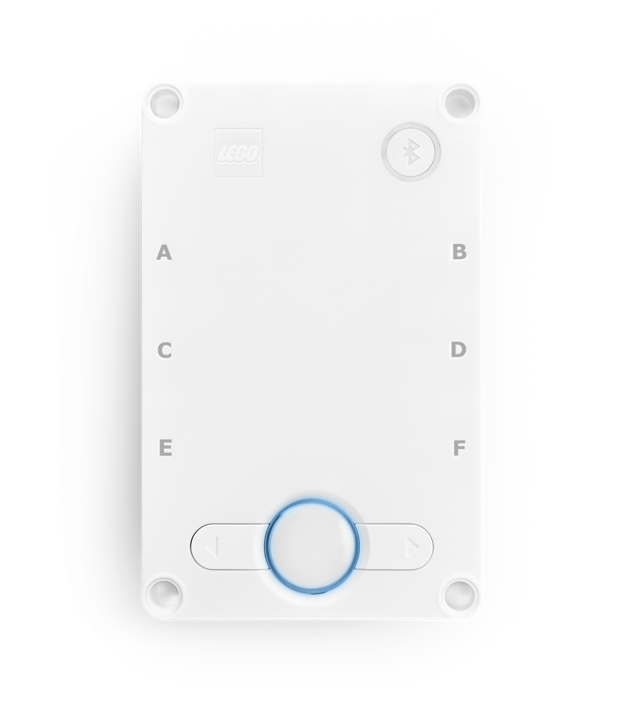 The Centre Button is blue

Your Hub needs an update that requires a USB cable connection. Connect your Hub to a device via USB cable, and start the Hub OS update in the SPIKE App. 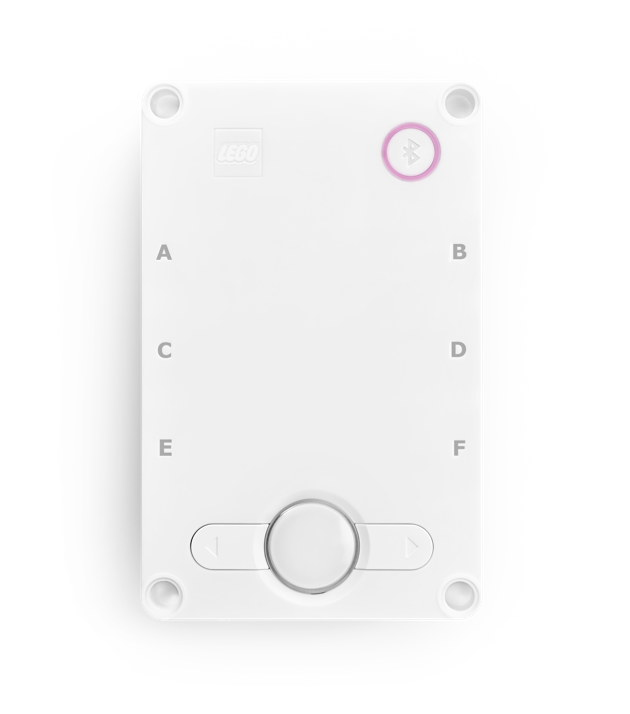 Your Hub OS has been recently updated, and your Hub needs to be restarted. Restart it by holding down the Centre Button for approximately 20 seconds.

Can I use any micro USB cable to connect the Hub to my device?

No, you must use a USB 2.0 cable with a Male- to- Micro B connector and an AWG 24 wire gauge. We strongly advise that you only use the micro USB cable that was supplied as part of the SPIKE Prime Set. This can also be purchased separately (45611 – LEGO Technic Micro USB Connector Cable).

Which operating systems are compatible with SPIKE Prime?

The SPIKE App is available for Win10, Chrome OS, iOS, Android and macOS.

Microsoft will implement Windows 7 “end of life” in January 2020, meaning that it will discontinue all support, including paid support; and all updates, including security updates. LEGO Education has therefore decided to focus on Windows 10.

Why is there no USB support for the Chromebook version of the SPIKE App?

Which version of Python is used in the SPIKE App?

The Python editor in the app uses MicroPython, which is an efficient and commonly used version of the Python language that's optimised to run on microcontrollers or small computers. The majority of Python's language features are found in MicroPython. However, MicroPython doesn't contain the entire Python library by default.