Understand different terms for emotions, and how facial expressions and body language show how people are feeling.

Set aside the eight face bricks.

Hold up the bricks, one at a time and encourage the children to notice the facial expression on each brick.

Point out the eye shape and mouth shape on the bricks.

Ask the children to tell about a time when they were happy. Ask them to show how their faces look when they are happy.

Explain that different words are used to describe emotions and that these words may have similar meanings, but are still a little bit different. 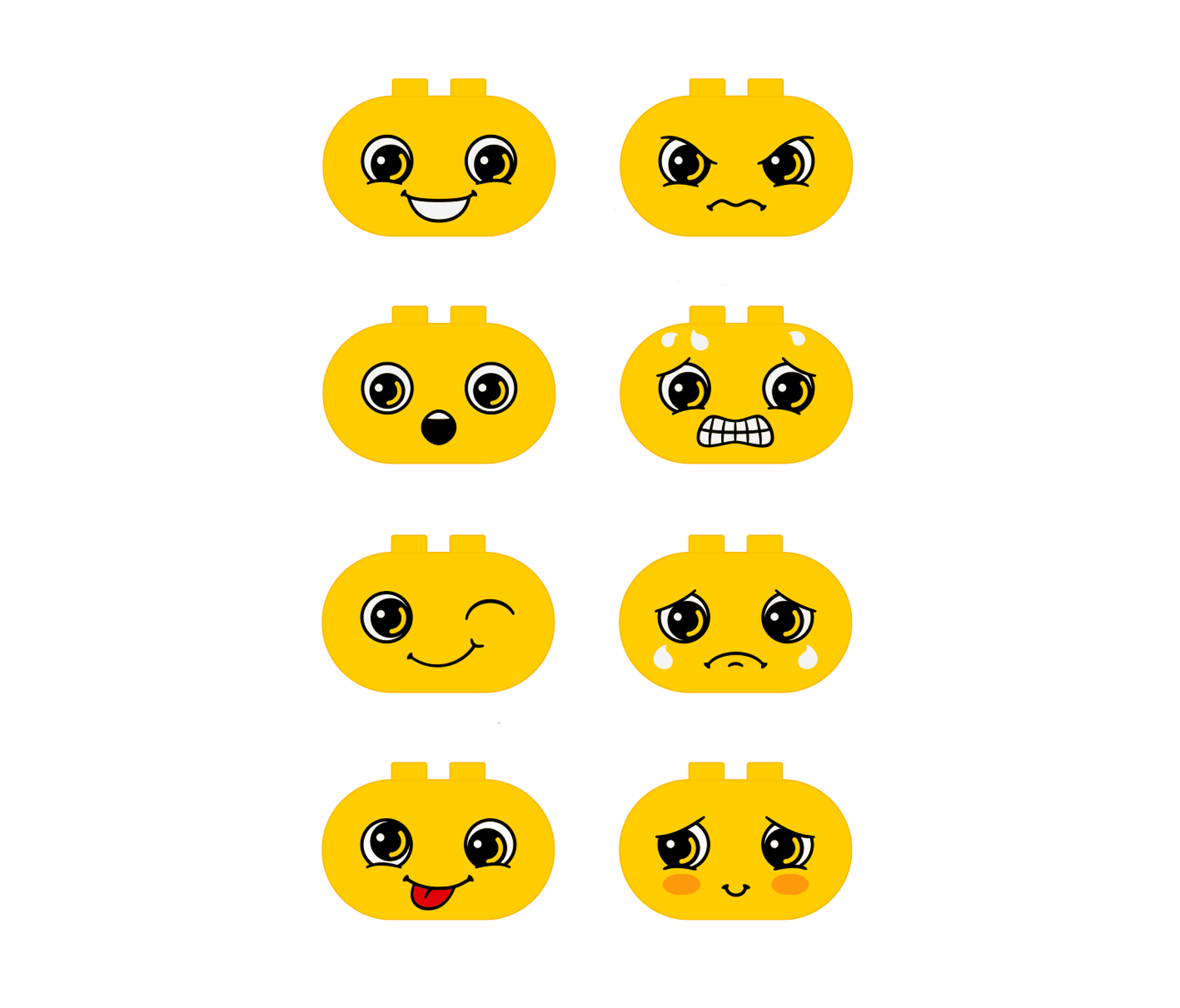 Tell the children to work with a building buddy to build a character using a face brick.

Tell the children that when you understand how someone is feeling, you can respond in a way that makes sense. Discuss the appropriate ways to respond to different emotions. Explain that what works well in one situation may not work the same way in a different situation.

Example: When someone is feeling sad, you may be able to cheer them up with a silly joke. However, in a different situation, the person may need some time and space to feel the sadness.

Discuss that looking at body language is also a way to understand how someone is feeling. Use your own body language to show the children different emotions and ask them to identify the emotions.
Consider asking questions like:

Tell the children to work with their building buddies to change their characters so that they show their emotions with body language.

When they have finished building, ask the children to take turns showing their models and allowing the other children to call out the emotion the figure is expressing.

Children will :
Become familiar with different terms for emotions.
Begin to understand that facial expressions and body language show how people are feeling.