Jeesun and Jayden Need to Work it Out

Understanding how actions affect others and resolving conflicts in constructive ways. 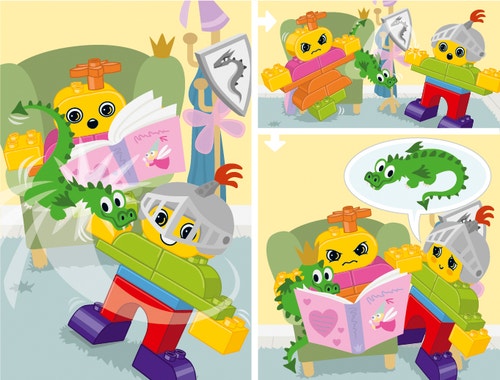 Tell the children you will read a story about Jeesun and Jayden arguing. 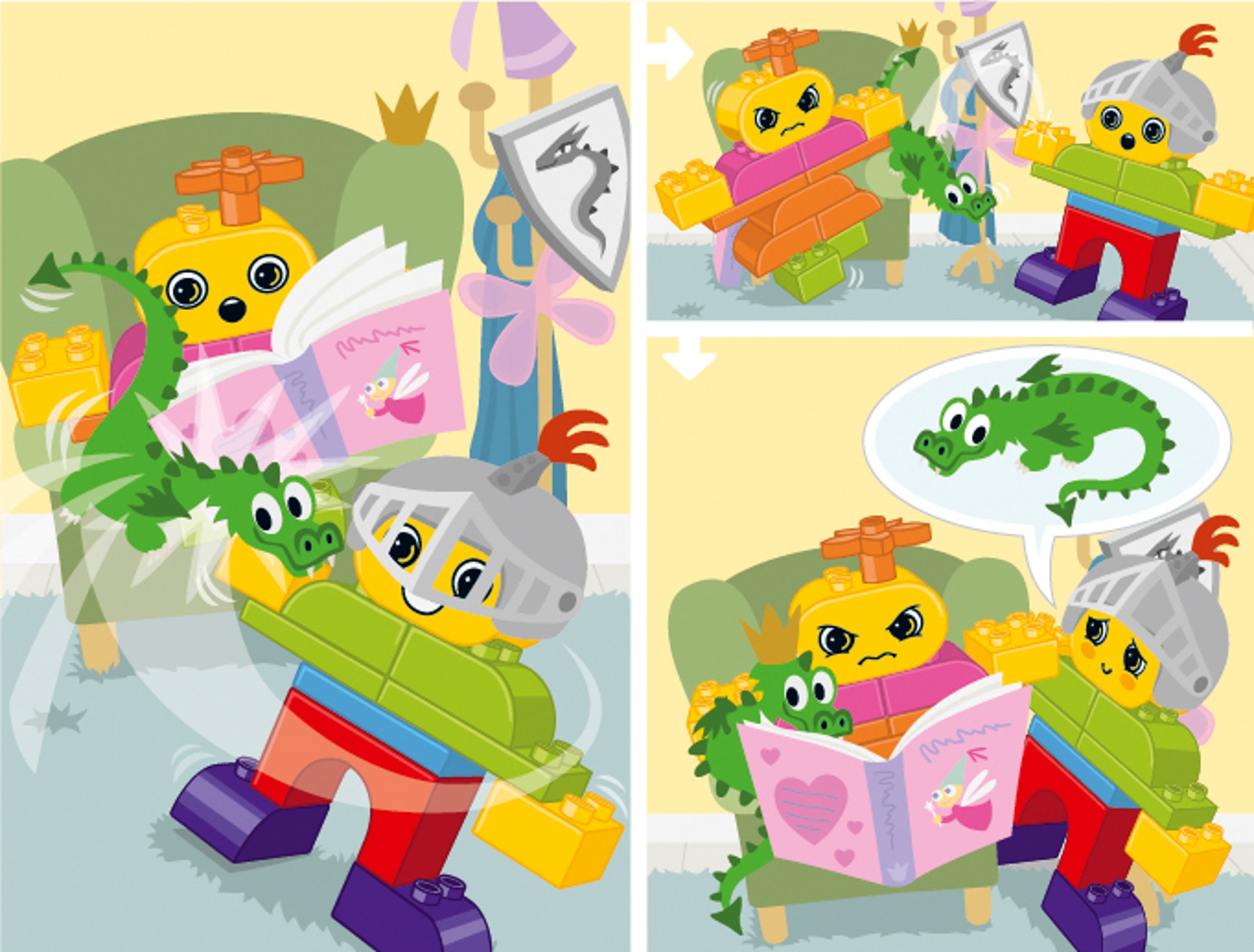 It was the Fairytale Unit in Mrs. Muffin’s class. Jayden and Jeesun were so excited for the end of circle time because that meant it was their turn to play in the dramatic play center. Mrs. Muffin had put away the kitchen things and replaced them with some beautiful dresses, fairy wings, and a knight’s shield and armor. Jeesun noticed right away that beside the comfy reclining chair, there were some wonderful, pop-up books about some fairy tales they had been studying, and in the back corner, there was a big, stuffed dragon!

When their teacher called their names to go play, they both rushed right to the costumes. Jeesun reached the knight’s helmet a little before Jayden and lifted it to her head when he snatched it from her. “Hey, Jayden, that was mine,” she cried.

“No, I was going to play with it!” Jayden sneered as he crammed the helmet onto his head and pulled down the eye shield.

“Fine, I’ll just go somewhere else,” said Jeesun as she flopped herself into the blue chair and pulled a book onto her lap.

It wasn’t long before she was totally mesmerized by its beautiful pages and something whacked it right out of her hands.

Startled and annoyed, Jeesun looked up to see Jayden swinging the stuffed dragon around by its head with its long, spiked tail flailing around him. Jeesun had lost her patience! She marched over to Jayden and ripped the dragon out of his hands. “Now it’s mine,” she said with a snarl as she carried the dragon under her arm back to the chair.

“No Jeesun, I was fighting that dragon! Give it to me!” Jayden said.

Jayden looked defeated, but he remembered that Mrs. Muffin taught him that asking nicely usually works. As calmly as he could, he said, “Can I please have the dragon back now?”

Jeesun looked up from the book, hugged the dragon around its neck and said,
“Never.”

Tell the children to work with a building buddy to build Jeesun and Jayden from the story.
Ask them to also build props from the story (e.g., helmet, chair, dragon).

Ask the building buddies to use the models of Jayden and Jeesun to act out the story.
Discuss the reasons why Jeesun and Jayden were fighting. Discuss how both characters made mistakes and were part of the trouble in the dramatic play center.
Ask the building buddies to act out a puppet show in which Jeesun and Jayden are enjoying the playthings together.

Observing the following skills can help you monitor whether the children are developing socially and emotionally.
Children are able to resolve conflicts in constructive ways.
Children understand how their actions affect others.

Children will :
Begin to resolve conflicts in constructive ways
Begin to understand how their actions affect others