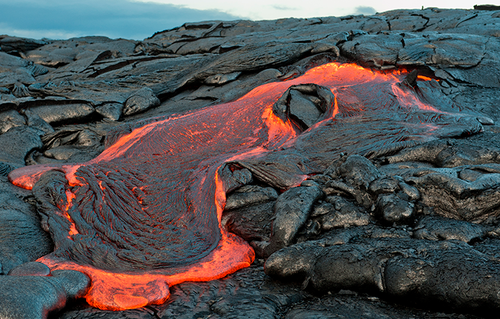 Volcanoes are described as being in one of three different stages: extinct, dormant and active. For each of these stages, scientists have assigned a color, and have defined the actions to be taken at each stage:

Volcanoes are considered to be active, dormant, or extinct. There are different active stages of volcanoes and each of them is monitored differently.
2. How can scientists explore volcanoes?
Volcanologists or geologists explore active volcanoes using different devices in order to reduce the danger of such exploration. Rovers and drones are now used to collect data regarding rock composition, temperature, substances in the air, etc.
3. What would be a good way to signal that a volcano is erupting?
Different alarm systems are used around the world. Colors are often used to indicate the level of volcanic activity and the actions that should be taken.

Build and program
The students will build a device that will provide scientists with information about volcanic activity. When the device is shaken, the needle of the device will run a random amount of time and stop in front of one of the colored bricks. This will simulate an alert system to indicate the volcanic hazard level in the area.

This program will enable your students to control the motion of the alarm device. Allow some time for exploration and tinkering as your students become familiar with the needle’s movements.

They should tinker enough to understand how to reset the needle to the starting position.

Plan and try a solution:
Program your alarm to alert you when the needle stops at the red position. For each red alert, move the drone into the volcano so that it can study the eruption.

Try and modify your solution:
Program your alarm to emit different signals for each of the three stages of the volcano. For each alert, move the drone, the animal and the rover according to the signal. 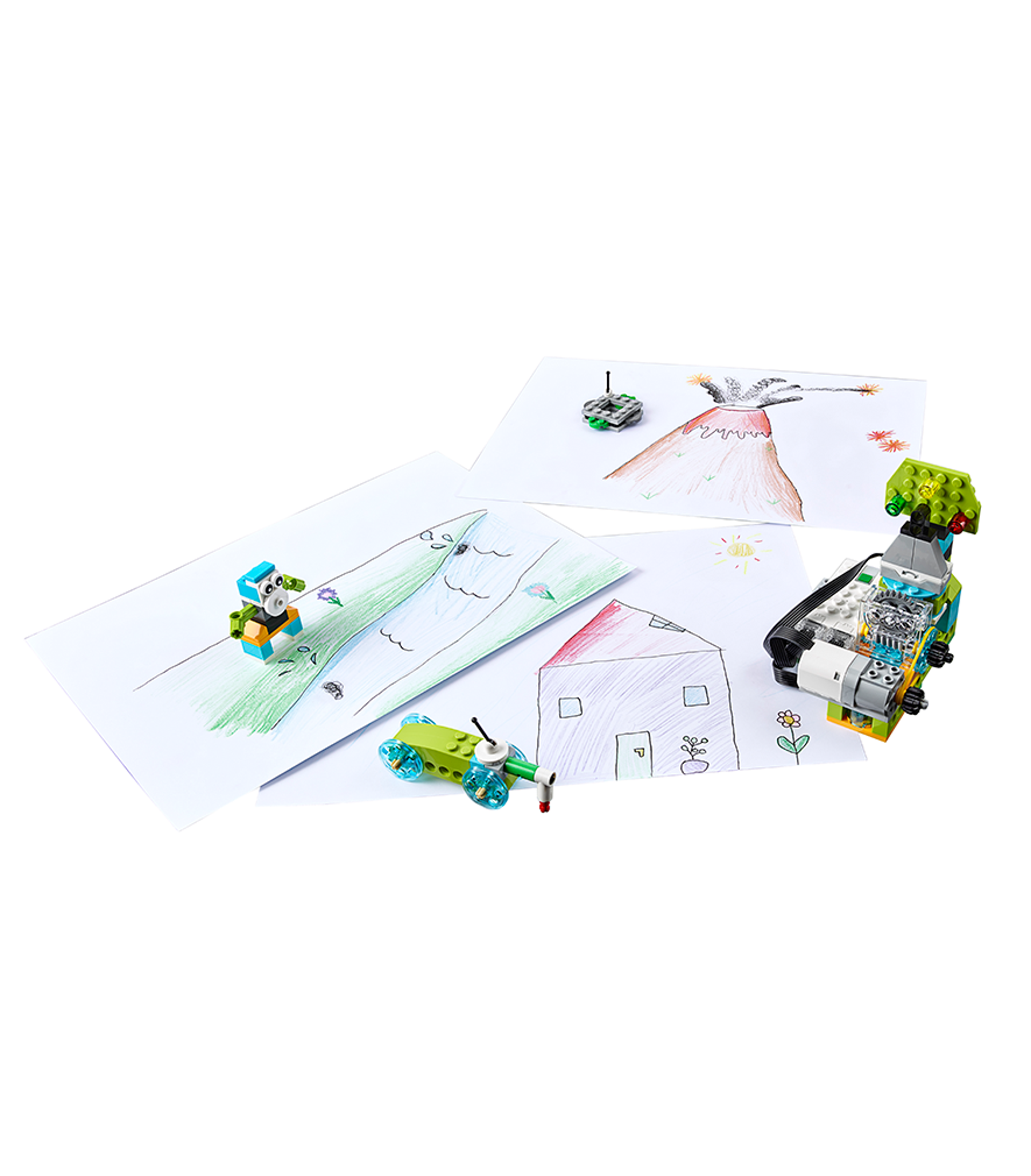