Design, build, and program a robotic system that relies on at least one motor and one sensor to move a ball on a path that includes a 90-degree turn. 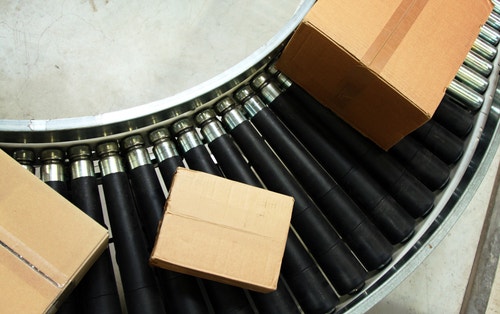 Factory conveyors transport things ranging from raw materials to finished and packaged products between different locations. The belt conveyor is most well-known, but a wide variety of conveyor systems have been developed to move all kinds of objects efficiently. 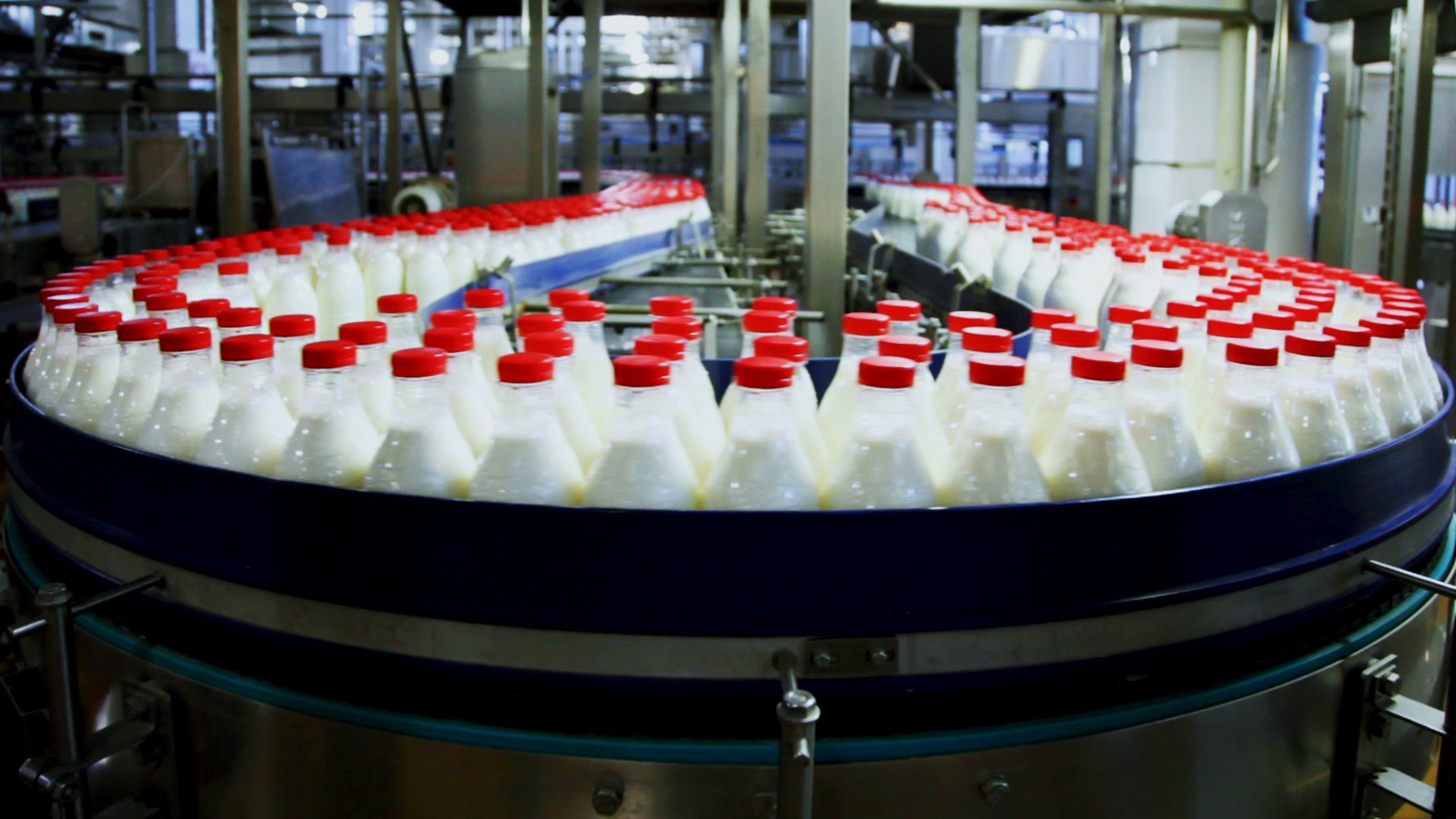 Ask your students to think about these questions:

Encourage students to document their initial ideas and explain why they picked the solution they will use for their first prototype. Ask them to describe how they will evaluate their ideas throughout the project. That way, when they are reviewing and revising, they will have specific information they can use to evaluate their solution and decide whether or not it was effective.

To incorporate language arts skills development, have your students:

Building Ideas
Give your students an opportunity to build some examples from the links below. Encourage them to explore how these systems work and to brainstorm how these systems could inspire a solution to the Design Brief.

Testing Tips
Encourage your students to design their own test setup and procedure to select the best solution. These tips can help your students as they set up their test:

Sample Solution
Here is a sample solution that meets the Design Brief criteria: 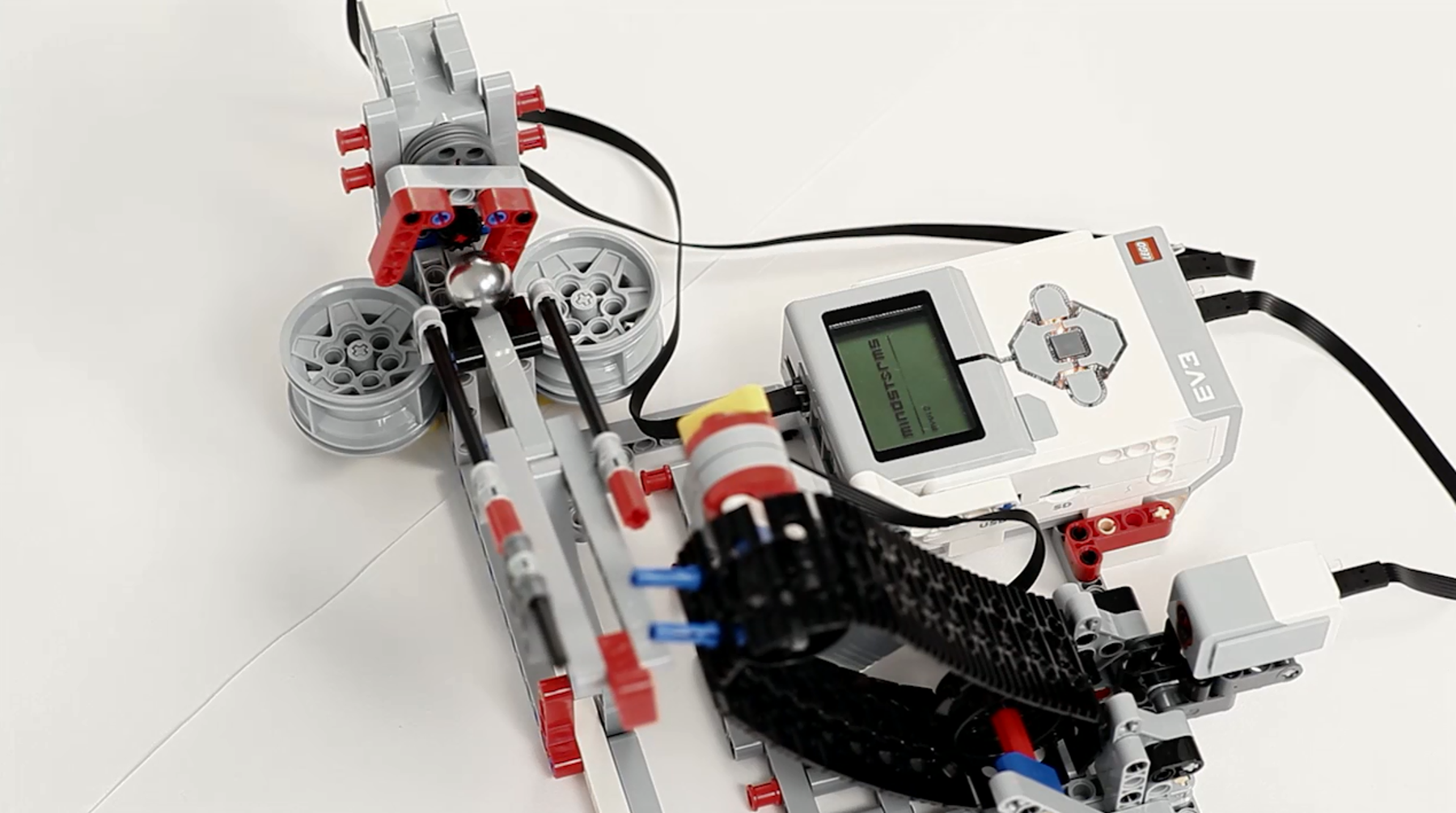 Configure the belt motor, which drives the conveyor belt. Set the

motor direction to counterclockwise, so that positive speed values

Configure the "catch" motor with default settings. This motor moves

the ball to either cup.

Set up the Color Sensor. It is used in Reflected Light Intensity

Set up the Touch Sensor. It is used to detect when the ball reaches

the catch at the end of the ramp.

Initialize the conveyor belt. This is done by slowly running the

motor backward until it stalls. This means that it cannot move any

further. Then it resets the angle to "0." This means that when it

rotates backward to "0" later on, it returns to this starting

This is the main part of the program. It is a loop that repeats

First, it waits until the ball is placed on the conveyor belt.

Second, the ball is moved upward until it reaches the ramp where it

rolls down to the catch.

Finally, the ball is moved to the left or the right cup, or an error

sound is made, chosen at random.

Then the process starts over. The ball can be placed at the

beginning of the conveyor belt again.

Teacher Observation Checklist
Create a scale that matches your needs, for example:

Use the following success criteria to evaluate your students’ progress:

Self Assessment
Once your students have collected some performance data, give them time to reflect on their solutions. Help them by asking questions, like:

Ask your students to brainstorm and document two ways they could improve their solutions.

Peer Feedback
Encourage a peer review process in which each group is responsible for evaluating their own and others’ projects. This review process can help students develop skills in giving constructive feedback as well as sharpen their analysis skills and ability to use objective data to support an argument.

Students will:
-Use the design process to solve a real-world problem