Design, build and program a robot that can navigate to the launch site and press the launch button to launch the Rocket and activate the Mars Outpost. 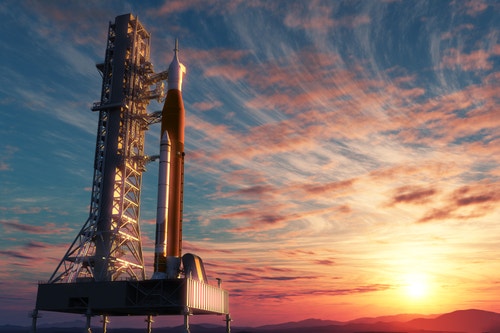 The distance between Earth and Mars varies greatly. They’re closest to one another about every two years. They’re about 55 million km apart at their closest, which provides a convenient launch opportunity. A rocket going to Mars must first reach an escape velocity of over 11 km/s in order to escape the Earth’s gravity and then embark on the journey to Mars, which takes approximately 150 to 300 days. 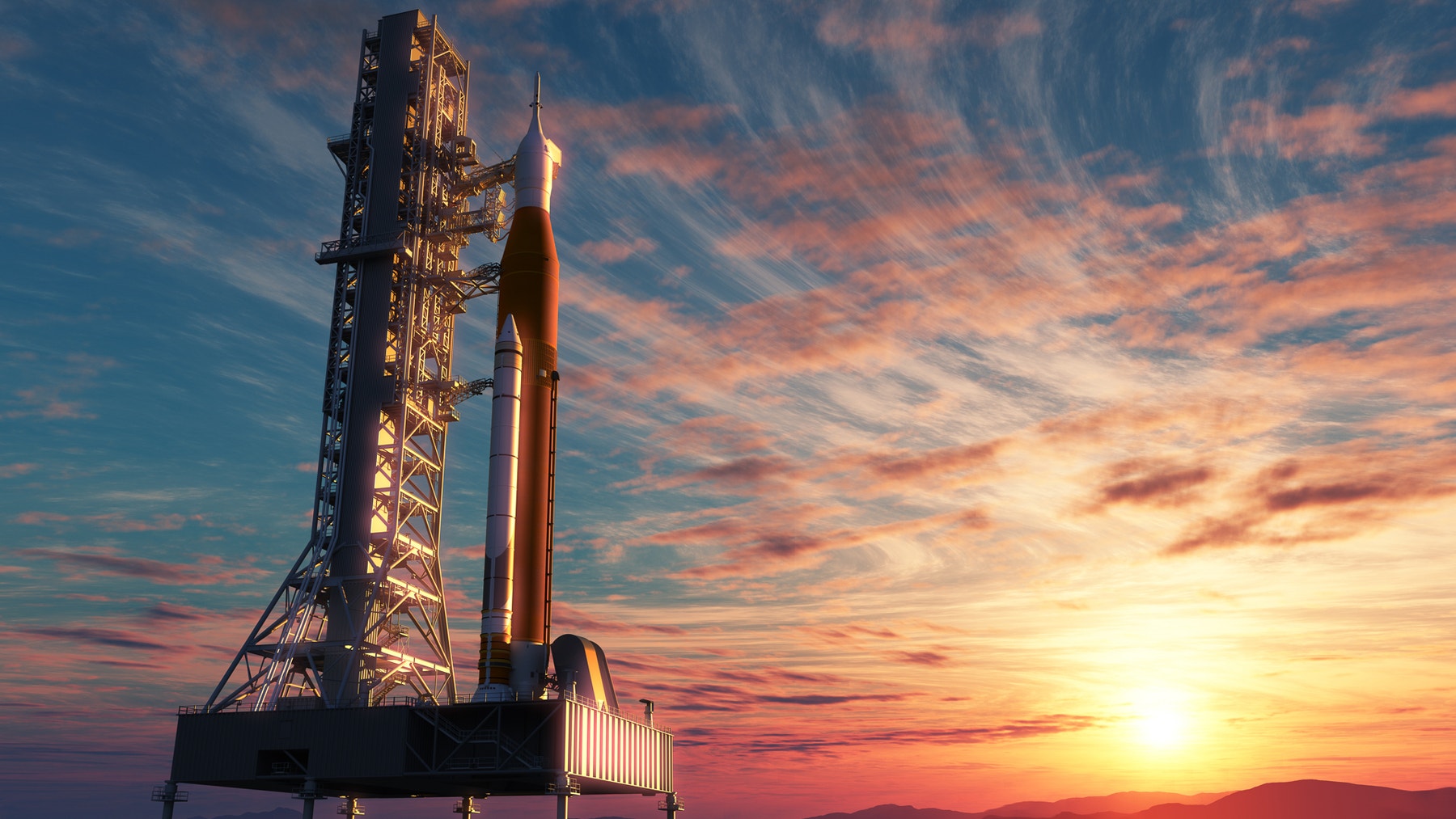 Use these questions to engage your pupils in a discussion about how rockets are launched into outer space:

Mission Goal
The robot navigates to the launch site and presses the launch button. The Rocket launches and when it reaches the Mars Outpost, it activates it.

Here’s an example mission solution that completes this mission: 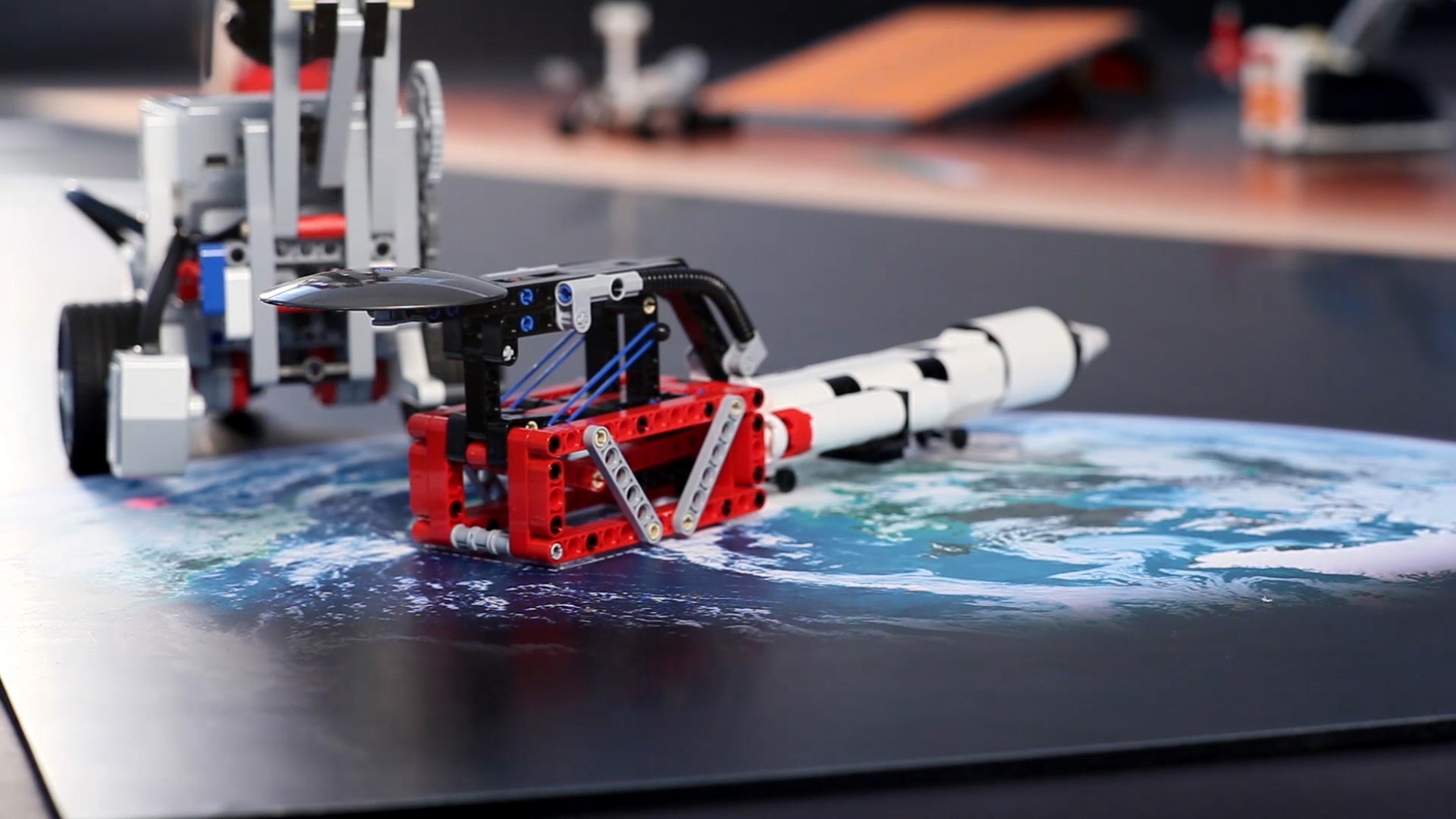 Mission Rules
There are five rules that apply to all of the Space Challenge missions. Make sure that your pupils know all of them before they start:

Open-Ended Solutions
This project is designed so that every team can have a unique solution. Use these questions to help the teams brainstorm ideas for solving this mission: 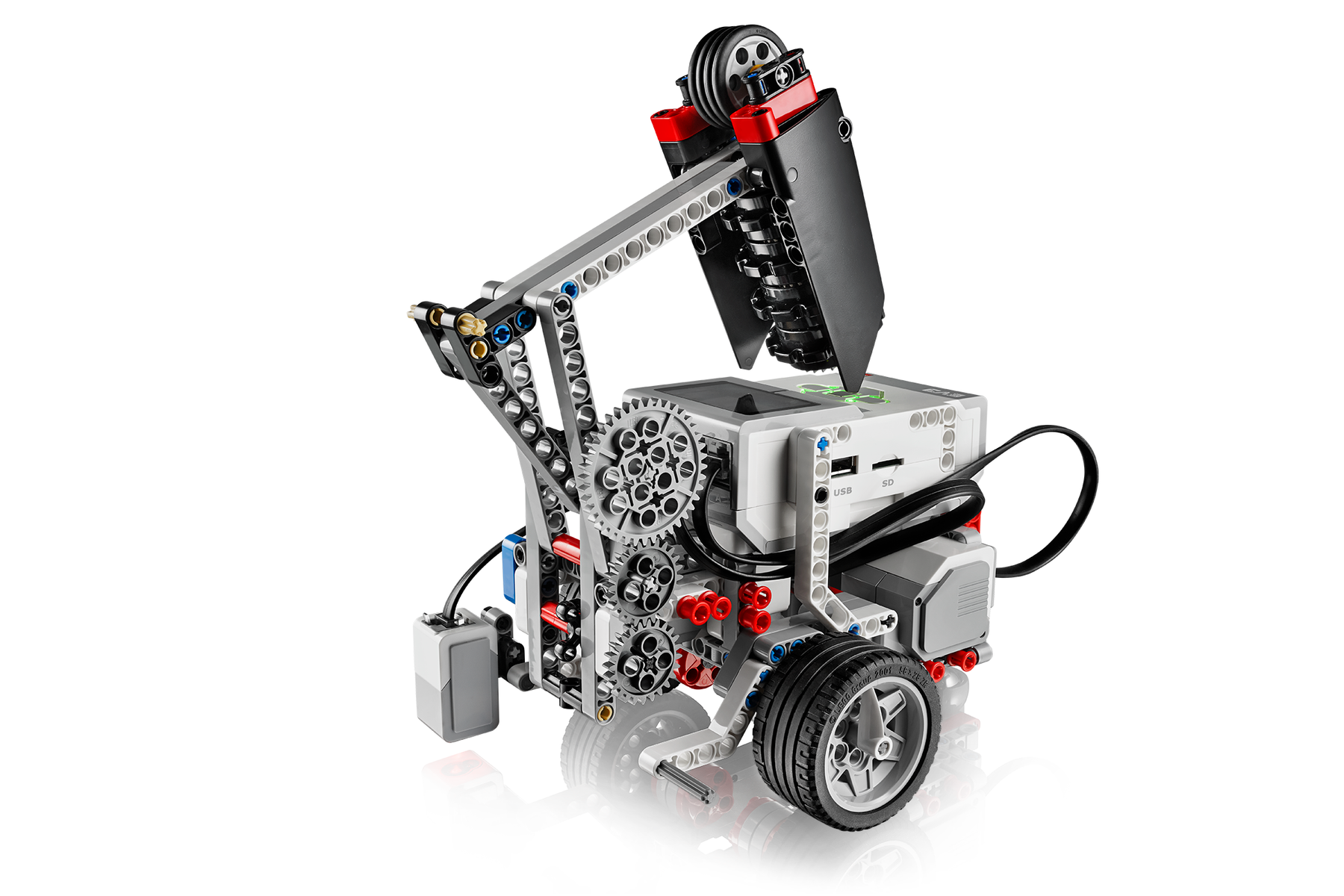 Execute the Mission
Reset the Rocket, Launcher and Mars Outpost. Place the example solution model in starting position ‘2’ on the Challenge Mat and execute the mission. Make sure that the Launcher Module is positioned as is shown in the video.

Mission Troubleshooting
Use the Colour Sensor in Reflected Light Intensity Mode to detect the ‘Earth’ on the Challenge Mat. For consistent results, start by calibrating the Colour Sensor using the black and white lines that are just outside of the base area.

Use the following success criteria to evaluate your pupils’ progress:

Achievement Badges
Award an achievement badge based on how well the team solved the challenge mission.

Self-Assessment
Have each pupil choose the achievement badge that they feel best represents their performance.

To incorporate the development of language arts skills, have your pupils:

Note: This will require additional time.