Empowering a New Generation of Programmers 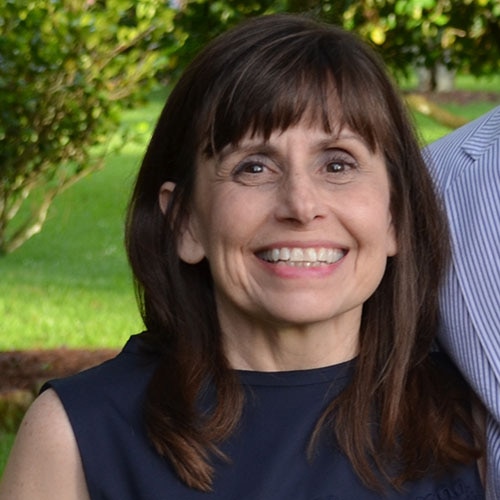 In Sheree Wilder’s classroom, teaching programming with LEGO® MINDSTORMS® Education EV3 is like teaching students to speak a new language. It starts with building foundations, requires repetition and ultimately gives students the ability to improvise and create in a “language” that was once completely foreign.

She begins in 6th grade by working with iPads and the MINDSTORMS app to teach basic programming. For many students, this is their first exposure to coding, and it starts with moving simple steering blocks forward, backward and to the sides. “MINDSTORMS is an excellent platform for beginner coding students since it is visual and uses drag-and-drop command blocks,” she says. From there, they learn about sensors and how to program them to accomplish different challenges.

In 7th grade, students use the MINDSTORMS software to program their robots using advanced programming blocks, demonstrating range and proportions. Wilder teaches them to log data, conduct experiments using different sensors, and graph their results. While they began with simply using the MINDSTORMS app in 6th grade, she says that in 7th grade they are already more versed in the language of coding. “We use the full educational software version on laptops, which opens up the math and advanced programming blocks that we use for data logging experiments.”

As a warm-up activity, Wilder uses Code.org with her students for the first 10 minutes of every class.“This has been beneficial,” she says, “because it introduces and reinforces computer programming terminology. That way, students are able to understand the basics of programming languages and transfer their learning to MINDSTORMS and other languages.” Like any language, coding requires repetition to reinforce the information and help students feel self-assured in the skills they have developed.

“I was proud that they embraced the challenge to create a program on their own, and it showed they were confident in their skills.”
Sheree Wilder
6th, 7th, and 8th grade Robotics Teacher, Acadiana Renaissance, Charter Academy, Youngsville, Louisiana

By the time Wilder’s students reach 8th grade, they have become confident coders, with a fluency in the language of coding far beyond where they started in 6th grade. They are now able to expand even further on this knowledge and use of programming languages by learning to program their robots using Graphical Robot C.

One particularly memorable moment that illustrated this new level of confidence in her 8th grade students was when she set up the SumoBot Wrestling Challenge. The wrestling ring consisted of a white circle with a black border, and the goal was to program autonomous robots that used color sensors to stay within the ring while trying to push their opponent out.

“One pair of students told me they wanted to try a different program,” Wilder said. “I showed them one that was a little more complicated and they did try it, but they preferred the program they had first started working on themselves. I was proud that they embraced the challenge to create a program on their own, and it showed they were confident in their skills.”

This confidence extends beyond her classroom as well. In addition to reinforcing the skills they learn in other classes throughout middle school, Wilder says that “having LEGO® Education materials available to our students has allowed them to see the potential for a career in robotics and programming.” She adds, “I often get the response that they didn’t realize ‘coding’ could be a career.”