The gear is a simple machine that can be used to efficiently transfer force and motion.

Gears are wheels with teeth that mesh with each other. Because the teeth lock together, they can efficiently transfer force and motion.

Did you know?
Not all gears are round. Some gears are square, triangular, and even elliptical. 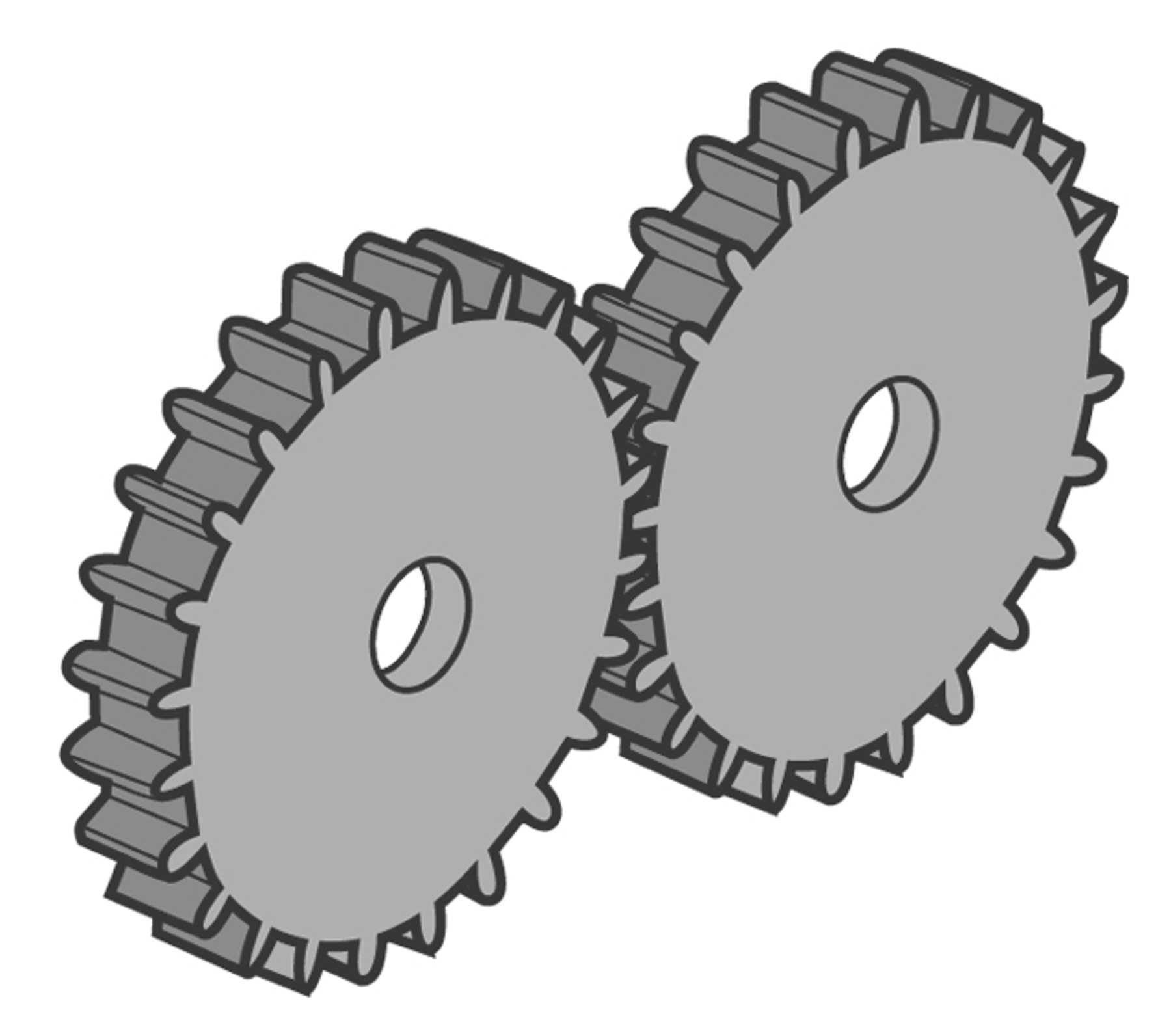 The drive gear is the gear that is turned by an outside effort, for instance your hand or an engine. Any gear that is turned by another gear is called a driven gear or follower. The drive gear provides the input force and the driven gear delivers the output force.
Using a gear system can create change in speed, direction, and force. But there are always advantages and disadvantages. For example, you cannot have both more output force and an increase in speed at the same time.

Gears are found in many machines where there is the need to control the speed of rotary movement and turning force. Common examples include power tools, cars, and egg beaters!

Build the following models. Use the Contemplate ideas below and on the Student Worksheet to learn about each model, one at a time. 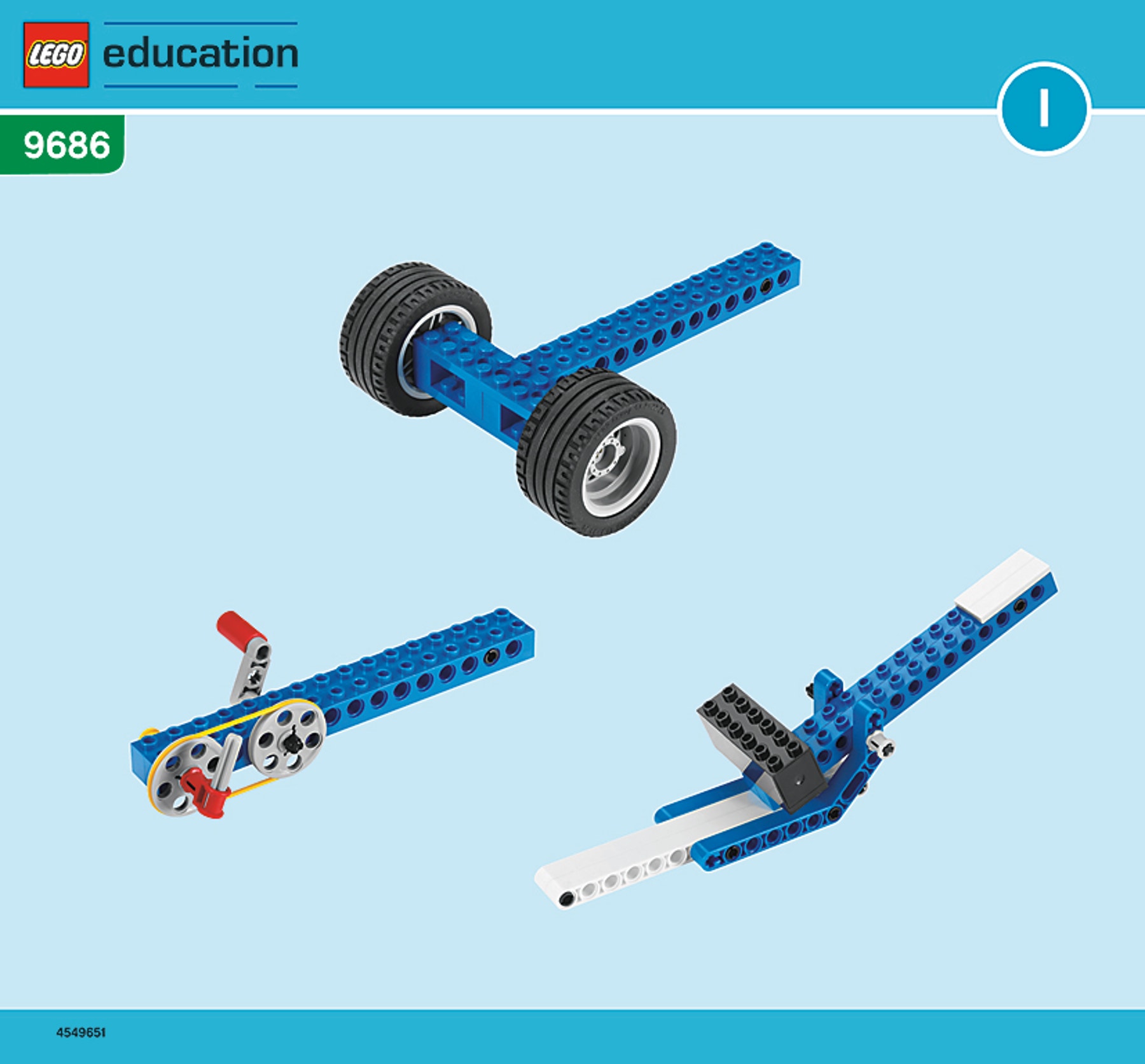 G1
This model shows a 1:1 gear ratio. The speeds of the drive gear and the driven gears are the same, because they have the same number of teeth. The drive and driven gears turn in opposite directions. 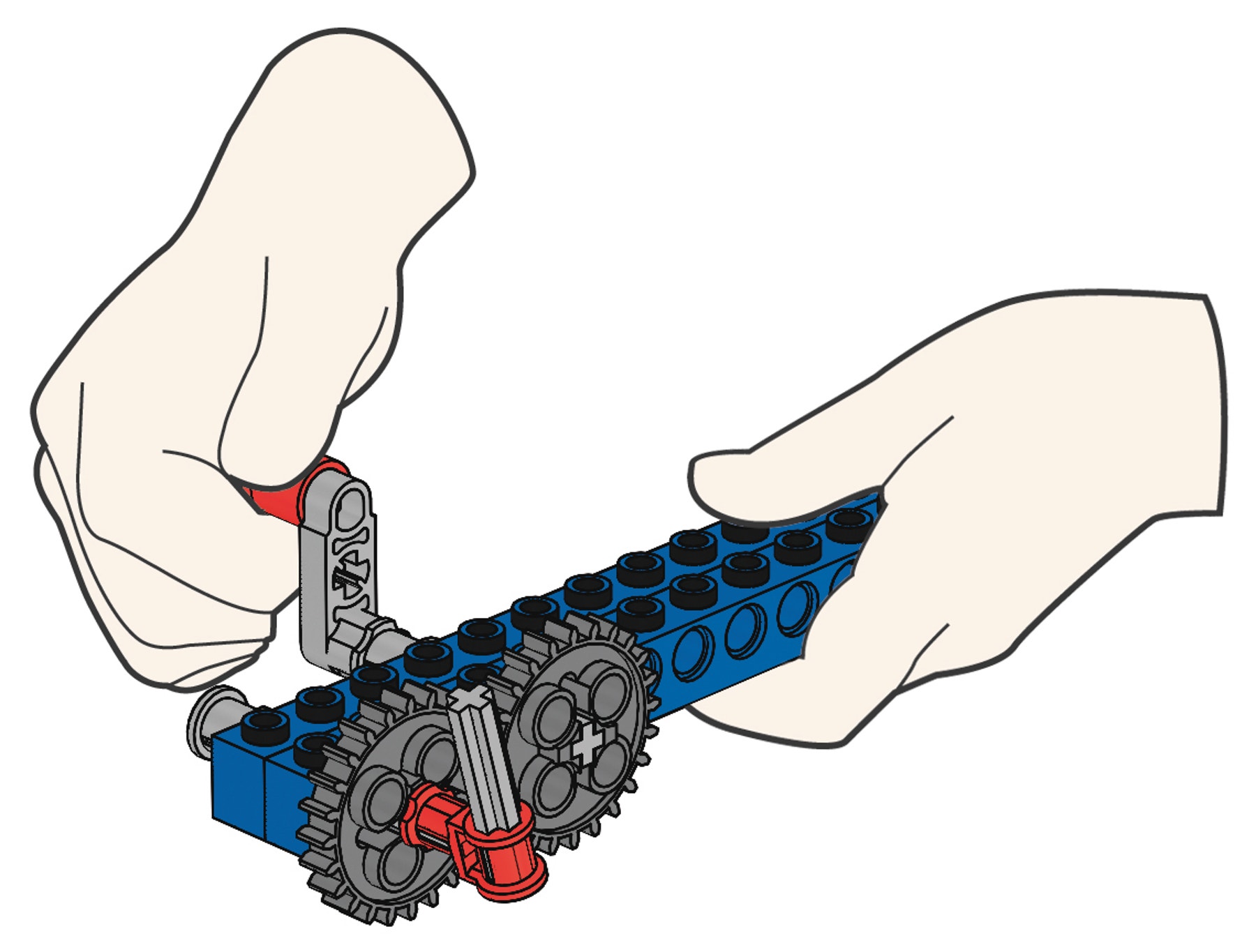 G2
This model has a 1:3 gear ratio. The larger drive gear turns the smaller driven gear, resulting in increased speed, but reduced output force. This is called gearing up. 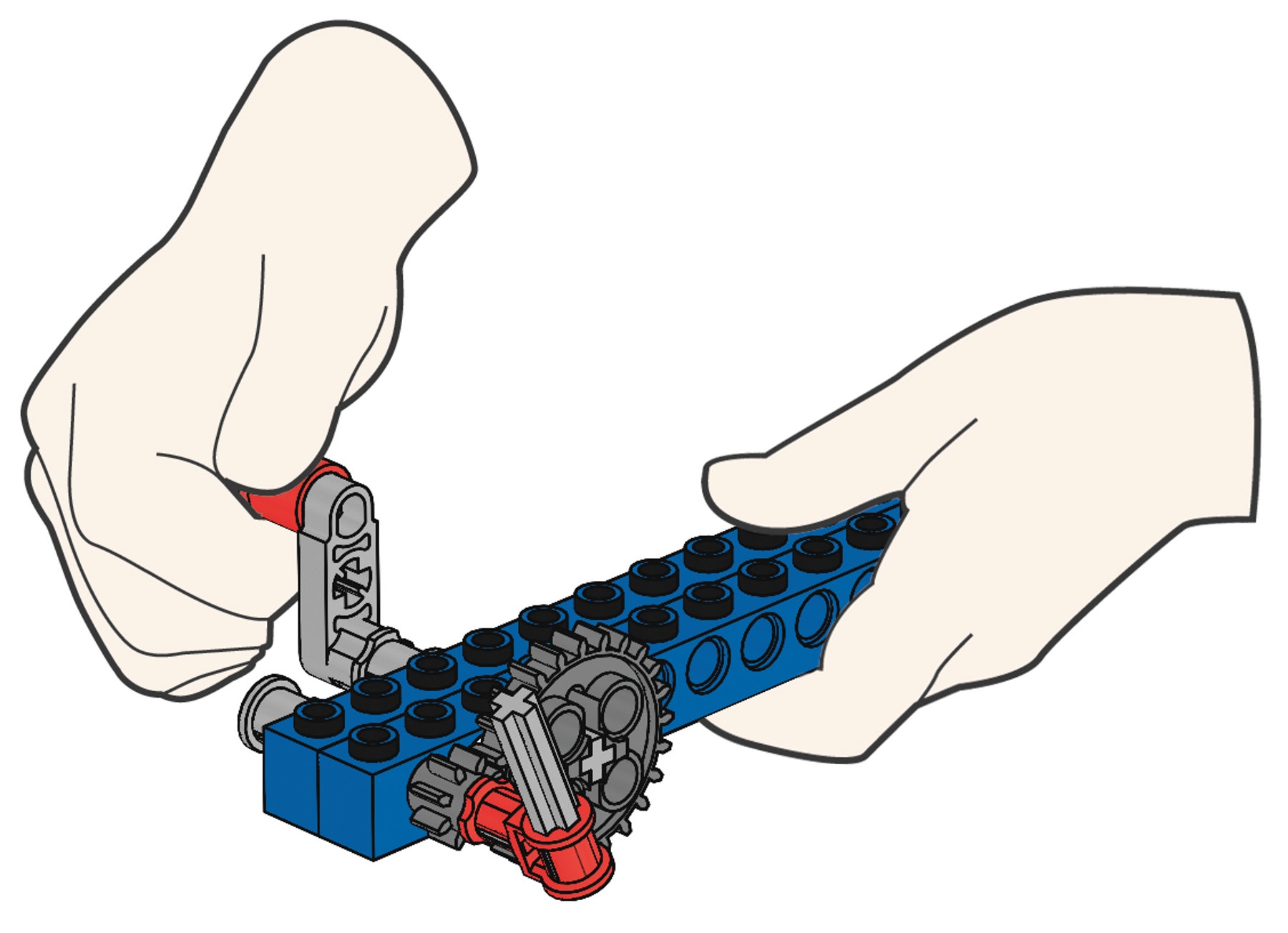 G3
This model has a 3:1 gear ratio. The smaller drive turns the larger driven gear, resulting in reduced speed, but increased output force. This is called gearing down. 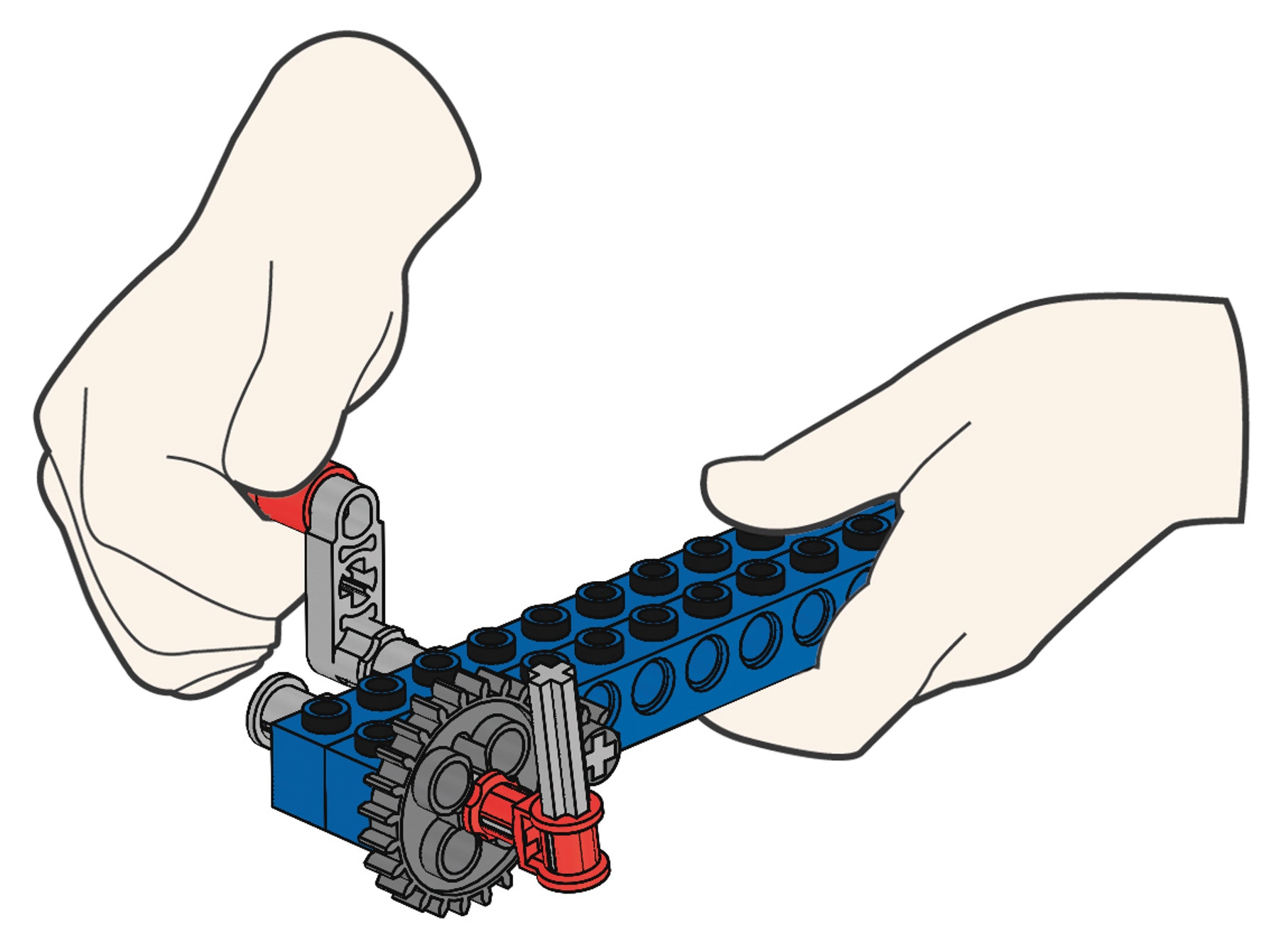 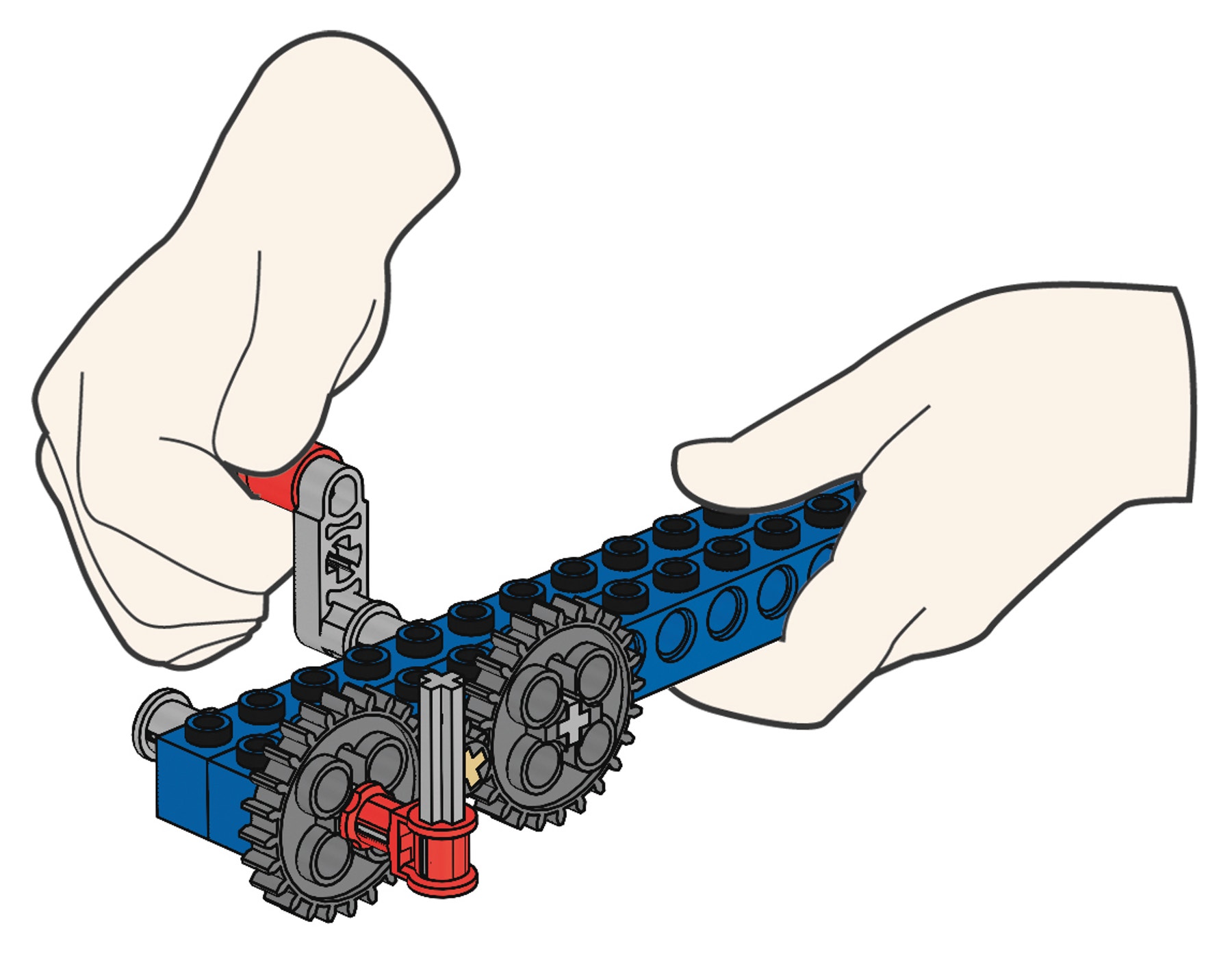 G5
This model shows a compound gearing with a 9:1 gear ratio. Because of this, the turning speed is significantly reduced and the output force is greatly increased. The smaller drive gear slowly turns the larger driven gear. The smaller gear on the same axle as the driven gear is now set in motion and is slowly turning the second large driven gear making it turn even more slowly.

G6
This model shows a gearing set up for periodic movement e.g. the driven gear turns for a short while then stops for a moment. Speed is significantly reduced, as movement only occurs when the driven gear is meshed with one of the two drive gears.

G7
This model shows an angle gearing with a 1:1 gear ratio. The two meshed bevel gears transfer the speed and force unchanged, but at an angle of 90º.

G8
This model shows a differential gearing with a gear ratio of either 28:20 or 7:10. The input force is transferred to two output forces at an angle of 90º. When one output pointer is stopped the other will double its original speed. When both output pointers are stopped the handle cannot be turned.

G9
This model shows a worm gear with a 24:1 gear ratio. It reduces speed significantly as it takes a complete turn of the worm gear to move the gear above by a single tooth. It changes direction by 90º. The output force is increased significantly. Worm gears can only be used as a drive gear. 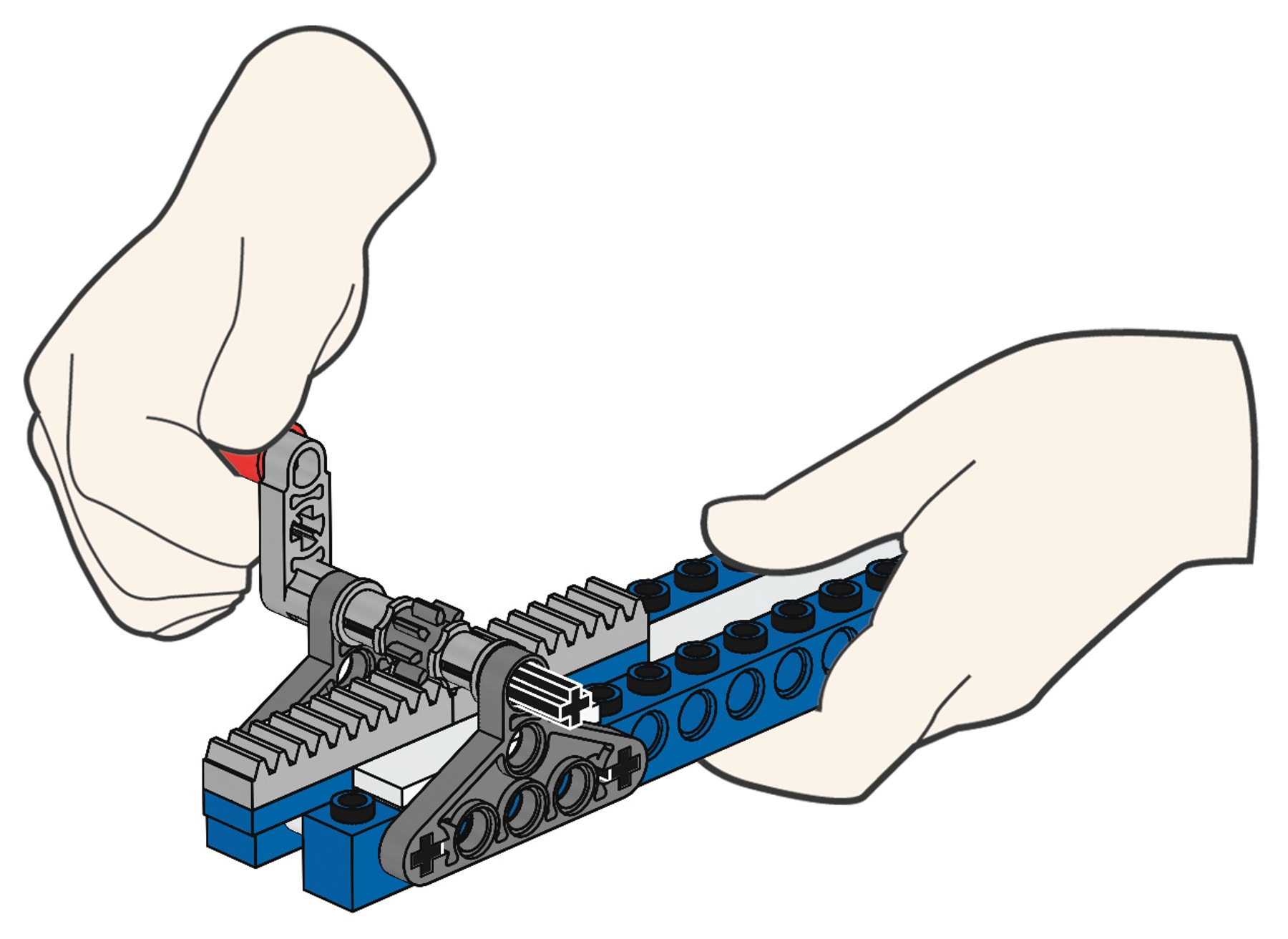 Try other cam lessons!
Now that you have mastered the principles of gears try some of the other lever lessons like Sweeper.