Free Shipping On Orders Over $300 Now For Home Learning What is the target age group?
SPIKE Essential is designed for lower and upper primary school students ages 6+. The target age group may vary between countries because country-specific curriculum needs determine where each lesson is mapped

Do I need to update the Hub’s operating system (OS) before getting started?
When a user connects a Hub to their device, the app verifies compatibility with the installed version of the OS. If it’s not compatible, the app notifies the user that the OS must be updated before continuing.

How do I update the Hub’s operating system?
Hub updates differ depending on the device you’re using. To update your Hub, simply follow the instructions below or the in-app instructions that will appear when an update is needed.

Note: whenever possible we recommended using a USB connection for updating.

Can I update the Hub operating system (OS) via Bluetooth?
Yes, but whenever possible we recommended using a USB connection during the update process

How do I rename the Hub?
When connecting to a Hub that hasn't been renamed, the LEGO® Education SPIKETM App will automatically ask you to rename it. Giving each Hub a unique name will help you differentiate between multiple Hubs in close proximity (e.g., when using Bluetooth).

What type of batteries can I use in the Hub?
You can only use the Rechargeable Battery that comes in the LEGO Education SPIKE Essential Set. It’s charged using the micro-USB cable that’s included in the set. The battery is also available to buy separately.

What type of USB power chargers do you recommend for charging the Hub?
We recommend using a high-quality power charger from a reputable brand because these are often DVP- (dedicated charging port) or CDP- (charging downstream port) type chargers 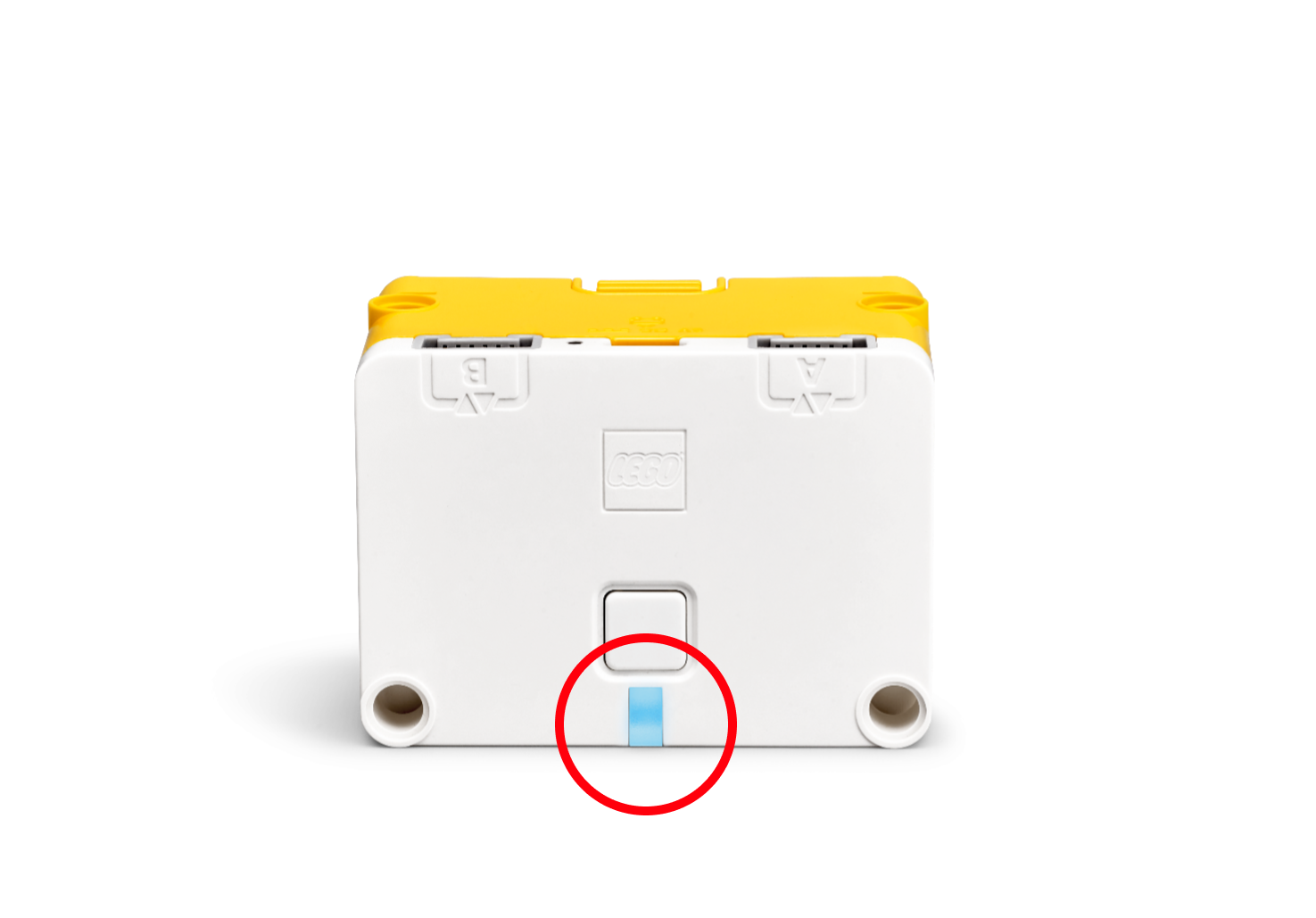 Why do I need to grant permission for "Location Services” on Android and Chromebook?
The Bluetooth Classic and Bluetooth Low Energy Technology, which enable your device to communicate with the Hub, require access to the device’s geolocation services. It’s a technical requirement that’s out of LEGO Education’s control. This access doesn’t collect or save any user data. It simply enables the technology to work.

How do I clear the Bluetooth cache?
First, make sure that Bluetooth is enabled on both the Hub and your device—and that the Hub is sufficiently charged.

For further guidance, please refer to Microsoft’s support for troubleshooting Bluetooth in Windows 10.

How do I maintain SPIKE Hub health for the best performance?
The SPIKE Essential Hubs operate best when fully charged. This ensures that students can access the building and coding experience—and the Hub can undergo software updates when needed. Before the first use and following regular classroom use, the Hubs will need to be recharged using the USB cables found in the sets. The Hubs will automatically begin charging as soon as they’re connected via USB cable to any USB port or USB power supply. It’s most efficient to charge multiple Hubs simultaneously using school-approved multi-USB port charging devices or power supply devices that allow for multiple power connections.

Charging time (from empty to full) is approximately 3 hours. This will vary depending on the type of USB charger used.

IOS & Android
Hub updates are not currently possible using an iPad or an Android tablet. To update your Hub:

Once the user starts an update, there's no way to pause it. The only way to cancel it is to turn off the Hub. Doing so will require the user to start the update process over again.

How do I activate the built-in Gyro Sensor on the SPIKE Essential Hub?
Due to calibration, the Hub needs to be lying still for up to 10 seconds in order for the gyroscope to work.

What is the LEGO Education SPIKE App?
The SPIKE App is a student-facing app that can be used with both SPIKE Essential and SPIKE Prime to follow and complete lessons. The app includes “getting started” material, lessons, building instructions, and a series of coding experiences that progress from icon- and word-block coding based on Scratch to text-based coding based on Python (The Python API will be available in an update coming soon).

Which coding grammar can be used in the app?
The app includes icon blocks and word blocks. A new Python API will be available in an update coming soon.

Alternatively, users can access the SPIKE Web App through the Chrome browser at LEGO Education SPIKE

Why am I encountering Sound Block issues on iOS?
If you are experiencing an issue with the Sound Blocks on iOS where the sound will suddenly stop working, we would recommend you update the SPIKE app to latest version 2.0.5 to resolve this issue.