Learn about the role of community helpers in a town. 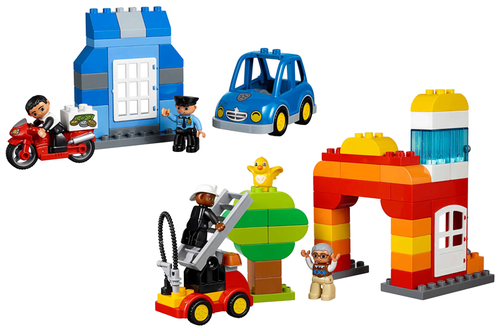 Tell the children they are going to explore what it is like to be a community helper.

Discuss that community helpers are people who help people who live in the same area. Explain that firefighters and police officers are community helpers. And that a community has many helpers, such as workers who mow the grass, government officials who make the laws, and workers who
collect the garbage and recycling. Tell the children that everyone plays an
important role in making their community a nice place to live.

Show the photographs of the LEGO® DUPLO® models for Activity 3. 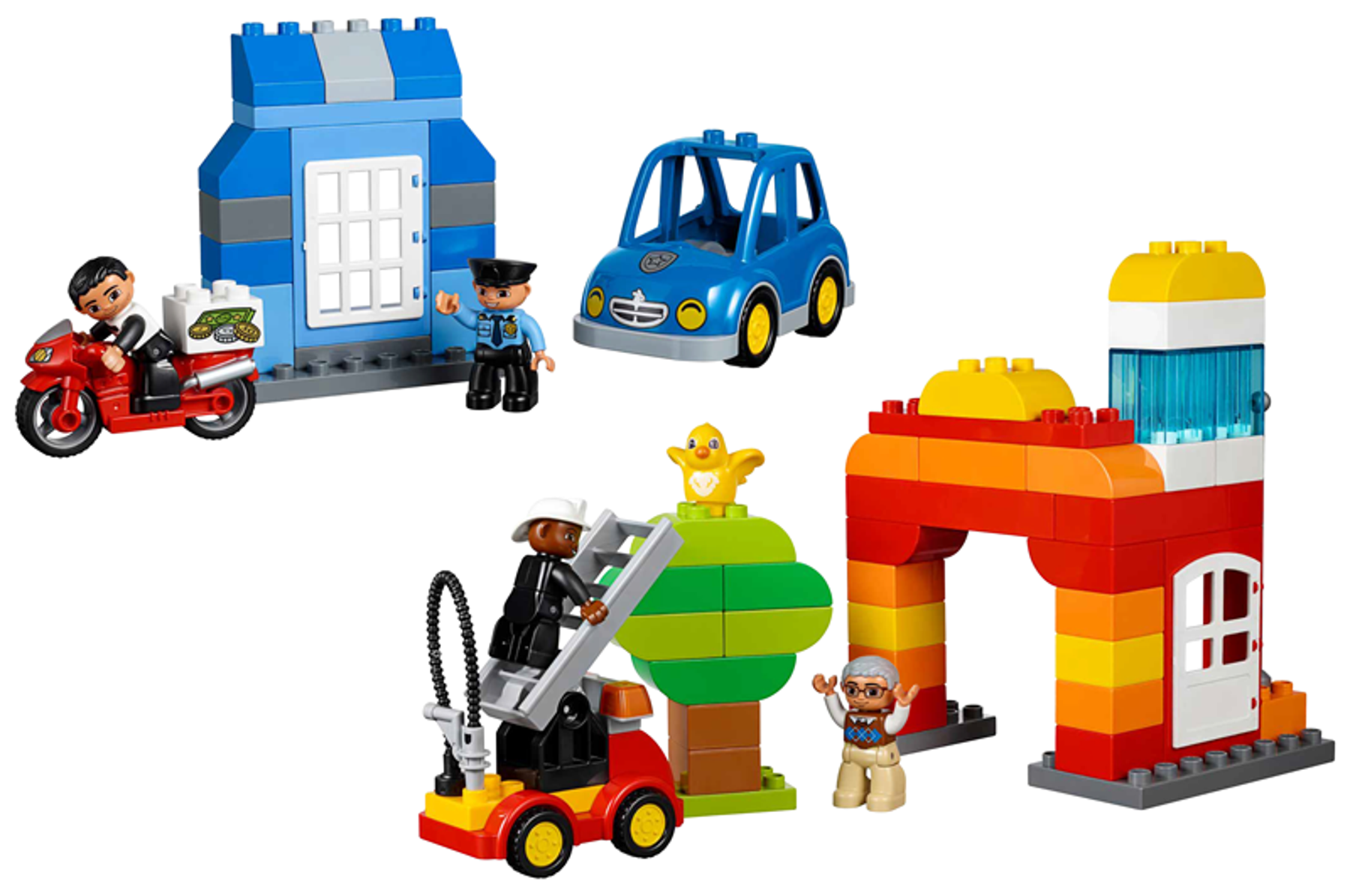 Ask each pair of children to tell about their community helper and their model. Consider asking questions like:

Tell children to role-play situations in which the LEGO DUPLO figures need help. Encourage them to act out scenarios with problems and solutions. Consider asking questions like:

Children will :
Begin to understand what kinds of community helpers are in a town, and what they do.
For up to 8 children

Children are able to name community workers and tell about their roles.